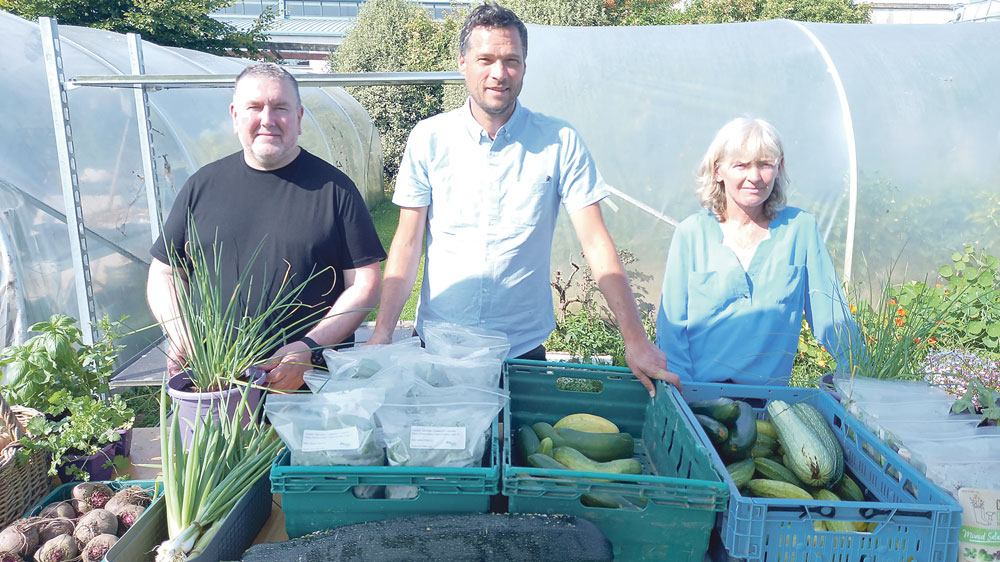 Bonanza harvest pays off for charities at community garden

WHAT a year it has been for the harvest at Cherry Orchard Community Garden. A veritable bonanza of delicious vegetables from the soil are in abundance at the two-acre garden, and the only problem is ensuring goods do not go to waste.

“We can’t keep up, it has been a great year for growing,” said garden manager Peadar Lynch, from the Ballyfermot-Chapelizod Partnership.

The goods are available in Walkinstown SuperValu and at cafés like the Green Kitchen in Walkinstown, but they also donate to SVP, Dublin Food Co-op, Bluebell food bank and other groups.

Everytime The Echo drops by for a visit there is a new addition to the garden in the growing social enterprise, which also contains community allotments, and training opportunities for various groups.

It appears the only item they have sold out of this week was garlic, but rest assured they are working on that.

On a sun-scorched morning, The Echo visited the weekly Thursday public market, which is open from 9.30m to 1pm. For work purposes it was necessary to sample the tomatoes, and they are sumptuous it has to be said. 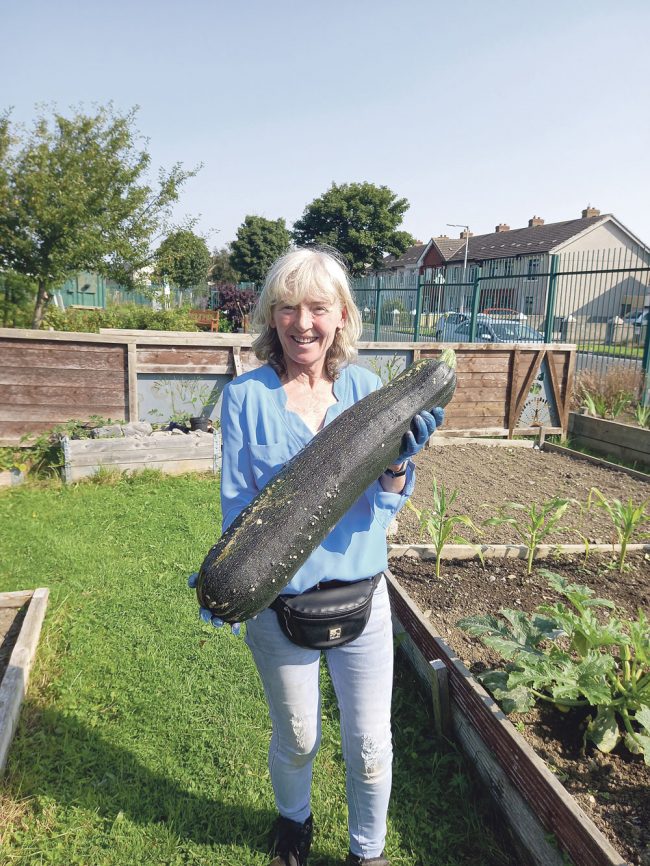 Fiona Dowling shows off some of their produce

Peadar says the tomatoes – Zakura, Sungold and Yellow Submarine – grow plentifully, allowing them to sell them at a good price for this week’s deal, €5 for three punnets.

The garden was part of the SuperValu Food Academy, and the plan is to grow the business side of the venture.

Dropping by the market while on his holidays to see how things are going, Douglas McLellan, Community Development Co-ordinator with the Partnership, said they are testing an online payment portal, which could increase the ability of the garden to sell its goods further afield.

“It is an internal link, among partnership staff. We are testing it and if it works, along with sorting out the merchant process payment, it could be useful.

“We will review all our sales this year around September.”

Looking ahead, Peadar wants to “sustain” the garden and bring it to “another level”, introducing the goods to more cafes, shops and markets.

“There is a viable business in growing and it is also our input to climate change.”