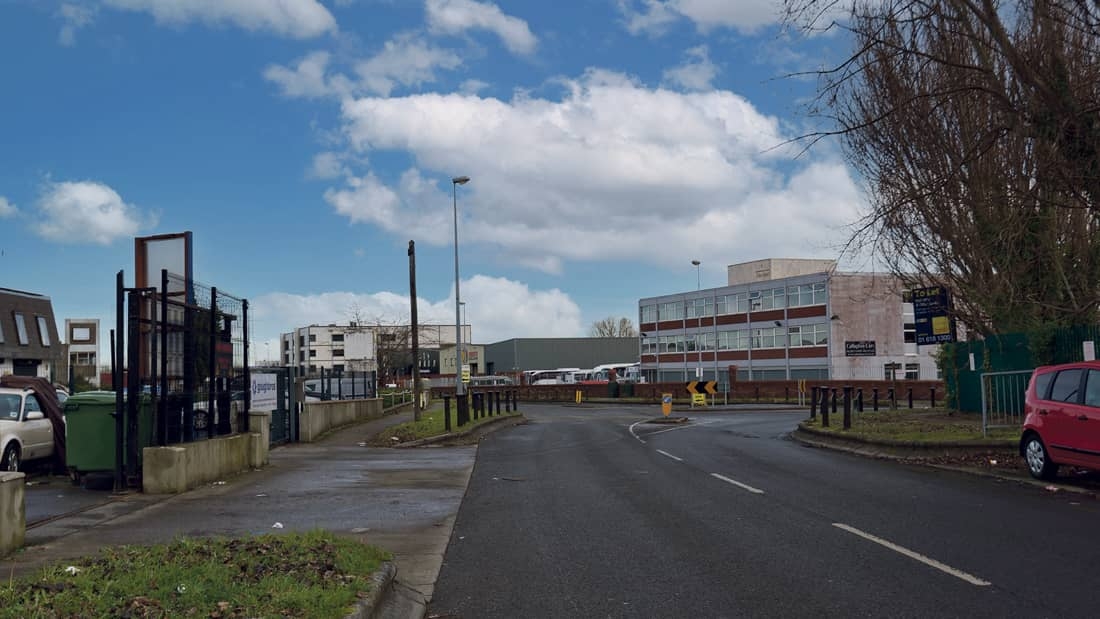 By Aideen O'Flaherty and William O'Connor

PLANS for the development of 1,104 apartments in Cookstown Industrial Estate have been lodged with An Bord Pleanála, reports Aideen O’Flaherty and William O’Connor.

Joseph Costello Absolute Limousines, with an address in Saggart, submitted the plans for the development, to be called Cookstown Castle, on March 19.

The site in Cookstown Industrial Estate.

Provision of four commercial units at ground floor level of Blocks B and D, including one in Block D to serve the Circle K Belgard petrol station which is to be retained, is included.

Permission is also being sought for 1,500sq. m of office space across first to sixth floor levels of Block D and a crèche with external play area at ground floor level of Block C.

The development is to be served by a total of 351 parking spaces, including 17 limited mobility parking spaces and 16 car share spaces, and 1,860 bicycle spaces.

Other aspects of the proposed development include the construction of three new roads and one pedestrian/cycle link to the Belgard Luas Stop, and construction of a 1,688sq. m landscaped public plaza with an outdoor flexible events space in the south-western corner of the site.

A decision on the application is due from An Bord Pleanála by July 8.

In a Statement of Consistency and Planning Report issued by Hughes Planning and Development Consultants on behalf of Cookstown Castle, they said: “The Cookstown Industrial Estate is expected to be the subject of extensive urban renewal in the coming years, with existing industrial buildings being replaced with higher density development and multinational corporations, such as Amazon, commencing operation in the area.

“Currently, the majority of the immediately surrounding buildings are older building stock, save for a recently constructed 4-storey office building featuring at the Old Belgard Road and Cookstown Road roundabout. However, a number of large scale residential and mixed-use developments have been approved in the surrounding area in recent times.”

As reported in The Echo last February, the Belgard Heights Residents’ Association expressed concerns about what they view as an “overdevelopment of studios, one-bed and two-bed apartments” in Cookstown.