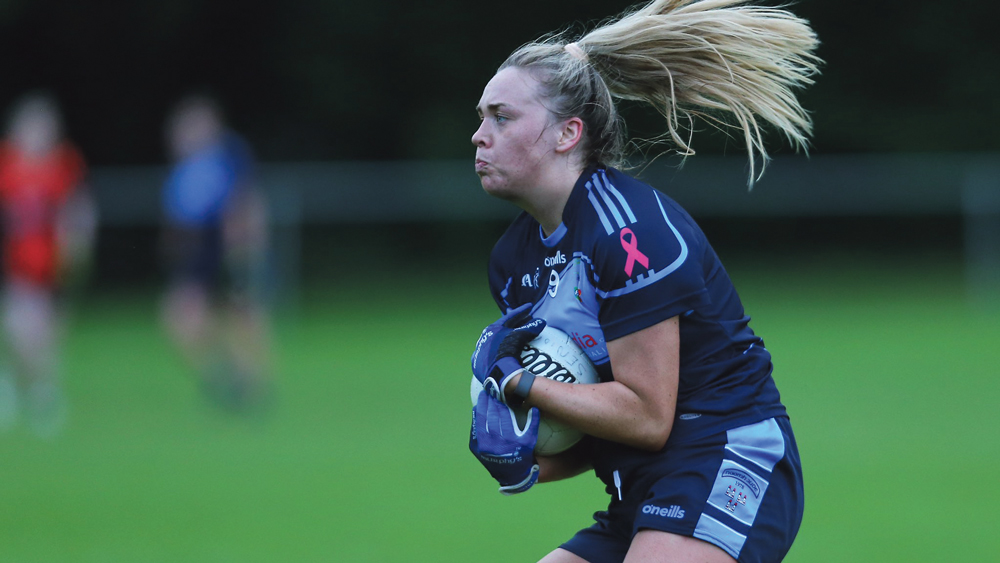 DUBLIN Junior Ladies Football champions St Jude’s will be hoping to claim more silverware when they take on St Colmcille’s in the Leinster Junior Championship Final in Kinnegad on Saturday.

There were heroes all over the pitch for the Templeogue club as recorded a 3-9 to 1-6 win over Kilanerin in the penultimate round in Wexford last weekend.

In particular, Wexford native Aoife McAuliffe had an excellent game in goal for St Jude’s as she saved Méadbh Hughes 24th-minute penalty and averted multiple shots on goal.

Aoife Keyes also showed immense leadership when she took the game to the hosts, getting a touch on a delivery from Cliodhna Nicoletti to send them into a 1-2 to 0-1 lead after minutes.

Full-forward Ellie Young was also integral to the victory, dropping deep to create space and get on the ball while also chipping in with a few points before the break.

After a brief exchange of points on the restart from the first water break, the home side were awarded a penalty after Róisín Hughes was illegally tackled by Aoife Walsh – who was sin-binned as a result.

Hannah Begley had some success up against Kilanerin’s Katie Fortune, registering a brace of points from the corner-forward position as Jude’s went into the interval 1-4 to 0-5 ahead.

However, Jude’s had elected to play into the wind in that opening half and knew full well that it would play a factor in turning up the heat after the break.

Keyes, who is captain of the of Jude’s, netted for the second time before Young hit the net to put eight-points between the sides.

Substitute Aisling Gannon also managed to get on the scoresheet to help secure Jude’s place in the decider.

Next, St Jude’s will again be on the road to challenge Longford champions St Colmcille’s in the Leinster Junior Ladies Football Championship Final in Kinnegad on Saturday.