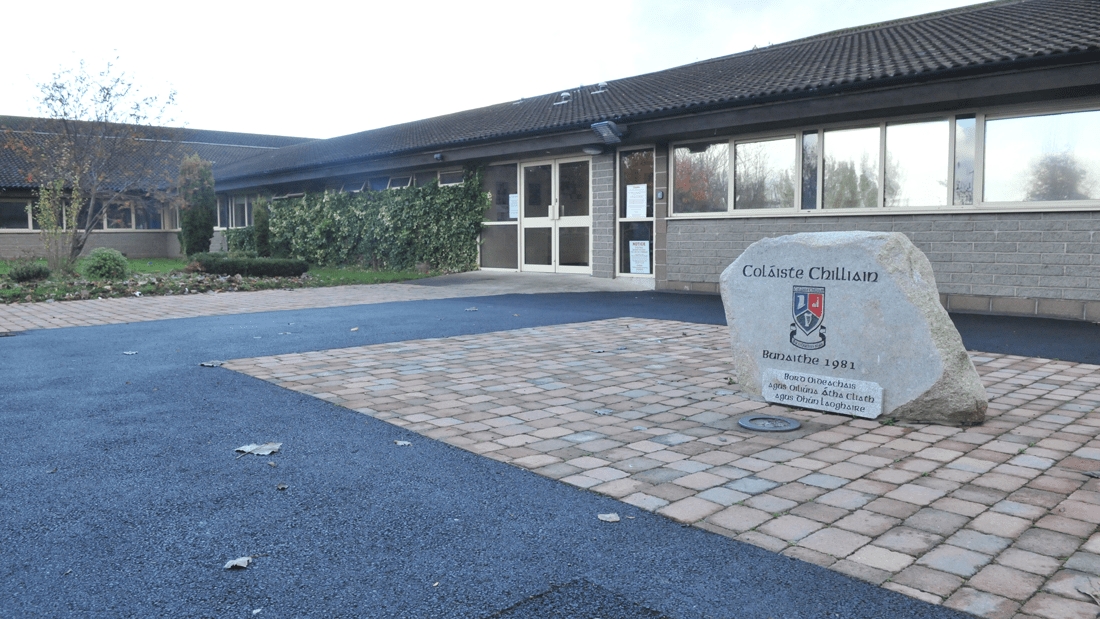 ARCHITECTS have been appointed to build the new gaelscoil in Clondalkin for Gaelscoil Chluain Dolcáin and Gaelscoil na Camóige.

McCarthy O’Hora Architects, from Portlaoise, won the tender for the new school.

The Gaelscoil will be constructed on the grounds of Colaiste Chilliain

The project to build the new school has been in the works for some time. It was delayed when the last architects appointed went into liquidation.

The new school is set to be built on the grounds of Coláiste Chilliain on the Old Nangor Road – where Gaelscoil Chluain Dolcáin are already located.

On their website, Coláiste Chilliain state they “look forward to welcoming Gaelscoil na Camóige to our campus shortly in the future.”

“We hope the new schools will be built by 2023, including the sport hall for Coláiste Chilliain.”

“It is a positive step, we are delighted that the school will be built in the years to come,” he said.

“I know in the current climate, it can be hard to plan too far ahead, but we will be very hopeful. It is an ongoing saga. Originally, it was intended to move to the new school in 2018. Kids are still using pre-fabs (in Gaelscoil na Camoige).

“So, it has been frustrating but there is excitement with this news.”

Ó Gáibhín, brother of Dublin GAA legend Jim Gavin, expects the construction timeframe to be in the region of “15-18 months.”

“It’s great to have the new school back on track. As a past pupil of Coláiste Chilliain I look forward to there being a super all Irish campus on Old Nangor Road.

“When the new school is built beside the existing secondary school, both primary schools will move in there. This new school will have 32 classrooms to allow two steams per school,” he said.

Mr Ó Gáibhín said there is a “steady demand” and “long tradition’ of the Irish language education in Clondalkin.

“Our Naíonraí beside Aras Chrónáin is oversubscribed, which is great but we would love to accommodate everyone.”