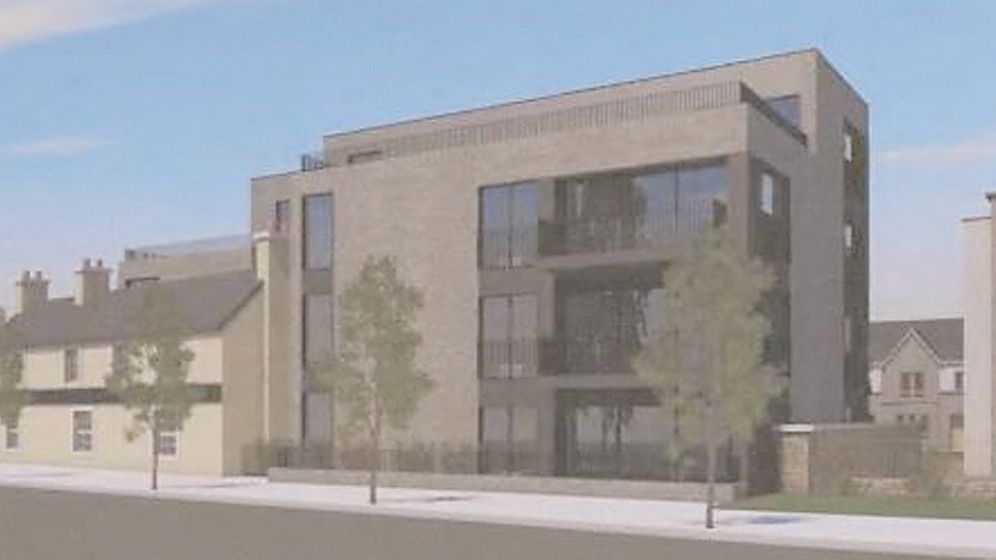 PLANNING permission has been granted by An Bord Pleanala for a cafe and first floor apartment in the original Cuckoo’s Nest building – and an extension to the existing building to accommodate 15 apartments.

An Bord Pleanala has approved a planning application for the demolition of the rear and side extensions of the existing Greenhills Road building.

The original front part of the building will be retained to accommodate a cafe at ground level and an apartment overhead at first floor.

The planning application lodged by Legendstand also sought the construction of a three and four-storey building to the side and rear of the existing building to house 18 apartments.

However, in granting permission, ABP ruled that three apartments are to be omitted and the resulting space incorporated into six apartments – to meet the standards for four-person, two bedroom apartments.

Passing the planning application subject to 21 conditions, ABP also ruled that the on-street parking spaces at the eastern side of the application site at Temple Woods be retained.

The public footpath along the Greenhills Road is also to be extended.

The plans attracted 32 submissions, the majority of which cited concerns around traffic and a desire to protect the historical placement of the Cuckoo’s Nest and the retention of a pub amenity at the site.

An artists impression of the Cuckoo’s Nest apartments

The council’s decision was appealed to ABP by residents, who cited in their appeal concerns around inadequate parking provision.

The appeal also noted that residents of Temple Woods purchased their homes in the ‘expectation that the entire development of theatre, historic public house and restaurant would be completed’ as per the original planning permission for the site.

“We’re disappointed the council passed it in the first place, we just can’t believe it’s got this far.

“We don’t believe there’s any avenue left for us, most of the community is just shocked.

He added: “When they advertised the amenities [for Temple Woods] there was the theatre [which has been relocated on site] and a new refurbished, gastro-style pub right on our doorstep.

“Instead of looking out at a refurbished, restyled gastro pub, I’ll now be looking at a four-storey block.

“After a long haul we just feel that all of our concerns were dismissed, there is just stunned silence [between residents].”

Looking back over the residents’ campaign, Tommy said: “All of the residents got to know each other very well and we got a lot of help from Kilnamanagh residents.

“That part was very uplifting.

“The support from the existing residents in Kilnamanagh was amazing stuff.”

The landmark Cuckoo’s Nest pub ceased trading in 2015, after being run by the Lynch family for more than 50 years.