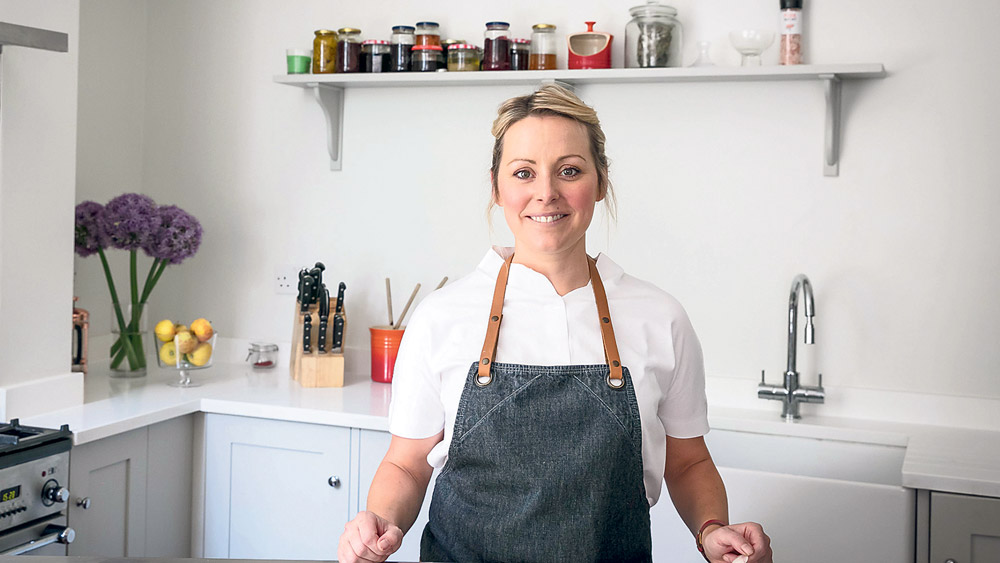 Anna Haugh will be a judge on MasterChef: The Professionals

Chef Anna will be dishing out her thoughts on MasterChef

OLD Bawn chef Anna Haugh will be dishing out feedback in her new role as a judge on BBC One’s new series of ‘MasterChef: The Professionals’.

Anna, who is a past pupil of the Presentation in Terenure, has lived in London for several years and is a familiar face to TV viewers on both sides of the Irish Sea.

The talented chef, who trained in DIT, has appeared on BBC shows including ‘Morning Live’ and ‘Saturday Kitchen’, and on Channel 4’s ‘Sunday Brunch’.

Anna balances her TV work with running her restaurant, Myrtle, which is in Chelsea and features a menu of Irish-inspired dishes.

For her newest role, Anna will join Marcus Wareing and Gregg Wallace as a judge on Series 15 of ‘MasterChef: The Professionals’, replacing outgoing judge Monica Galetti.

Speaking about her new role as a judge on the show when it was announced last May, Anna said: “MasterChef has an impeccable reputation and legacy within the hospitality industry.

“I have long-admired Monica as an incredible chef and she’s paved the way for female chefs. It’s a privilege to be keeping her seat warm in the MasterChef kitchen.”

Executive editor of MasterChef, David Ambler, said: “Anna brings a wealth of culinary expertise and experience to the competition, and we’re delighted to welcome her as a judge on ‘MasterChef: The Professionals’.”

‘MasterChef: The Professionals’ returned to BBC One this week, and will air tonight, Thursday, November 3, at 9pm and on Friday at 8pm.