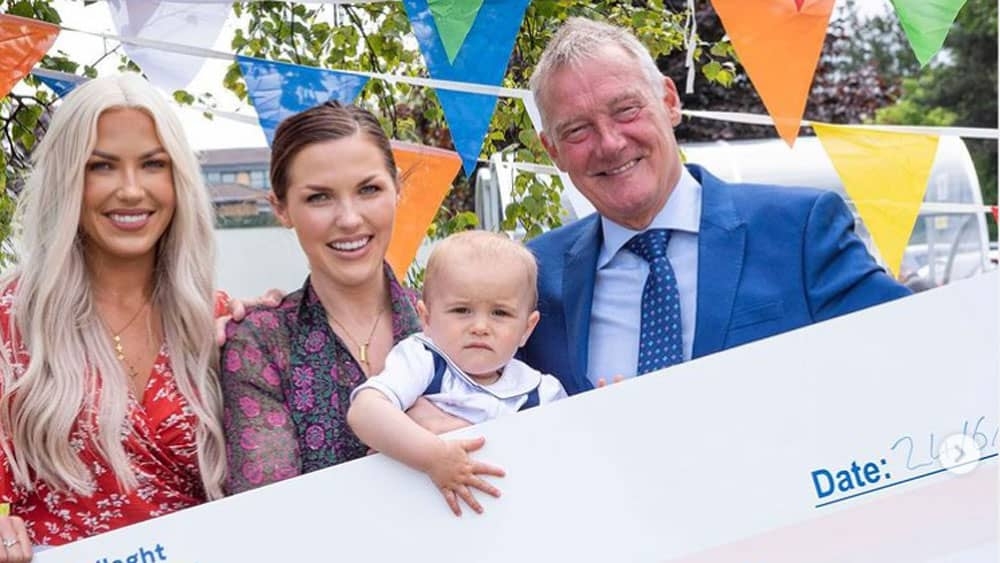 Ciara raises €1,600 for ICU who cared for her dad who was in a coma for three months

A WOMAN raised over €1,600 euro for Tallaght University Hospital’s ICU Department as a token of gratitude for caring for her father who was in a coma for three months following his diagnosis with Covid-19.

Ciara Brennan, from Firhouse, decided to cycle 100km in two days to raise money for Tallaght University Hospital’s ICU Department to show her appreciation for the staff after her father was struck down by Covid-19. Ciara’s father, Pete, was diagnosed with Covid-19 in January this year and fell very ill shortly after.

“The main reason I did it was just to say thank you to all the staff, in ICU in particular for looking after my dad for such a long period of time – he was in there in a coma for three months,” Ciara told The Echo.

“We weren’t allowed go in, so we had to count on the staff. It wasn’t them just doing their normal job, we had to fully rely on the staff to communicate with us.”

During her father’s ill health, Ciara says that the family were told to “prepare for the worst” and were devastated that they could not see him or speak to him.

“You want to go in and say that everything is going to be ok and that we are all here with you, but we couldn’t do that and that was the hardest part for all of us,” Ciara explained.

Despite not being able to see her father, Ciara and her family recorded voice messages for her dad while he was in hospital which the nurses would play for him and update the family on his condition daily, which she said was “amazing” for the family.

“The staff had to go above and beyond their actual job and take on extra responsibilities, so to say thank you I just wanted to raise money for them,” said Ciara.

Speaking about the tough cycle, Ciara said she is used to cycling 20 kilometres, but wanted to challenge herself in order to raise the money.

“I didn’t want it to be another 20-kilometre cycle, I actually wanted it to be a challenge for myself so people would see that I was really invested in raising the money.”

Despite her father’s tough battle with Covid-19, Ciara says he is recovering well: “He is doing a lot better now. His muscles are degraded because of the coma so it is just trying to build up his muscles at the moment. He is always going to have damage on his lungs and what not but other than that he is doing quite well.”

Ciara completed the 100-kilometre cycle challenge, raising a total of €1,660 for Tallaght University Hospital’s ICU Department, and presented them with a cheque accompanied by her father Pete, sister Ciara and nephew Mason last week.