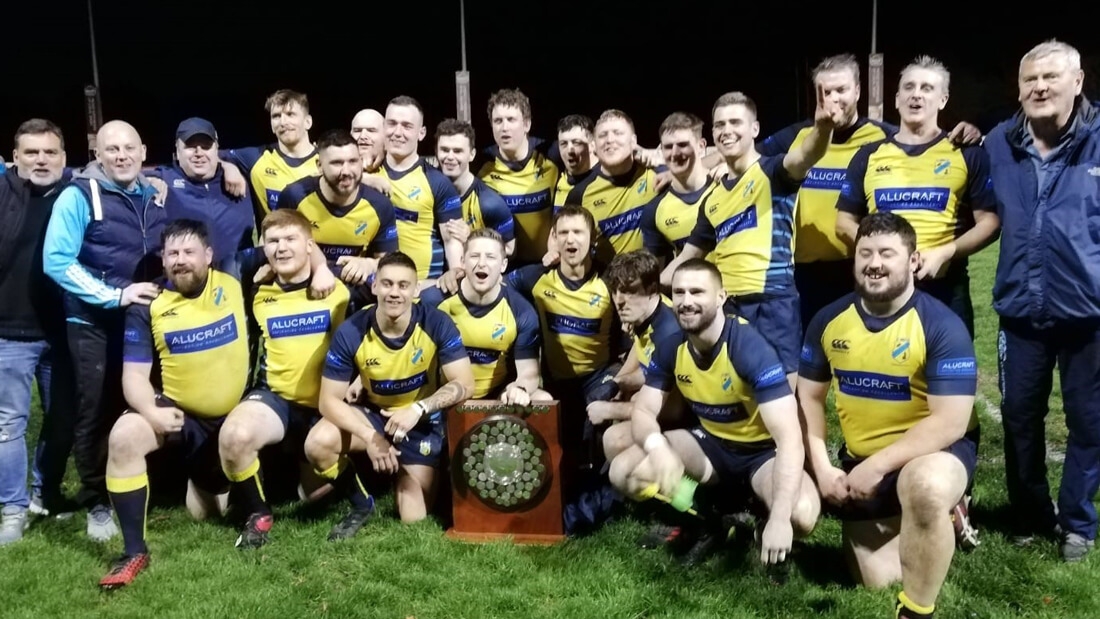 CLONDALKIN RFC firsts made it a double celebration this season after they added the Towns Plate to the Division 2A title they won earlier in the season.

The Gordon Park side ran riot on Newbridge in the final, emerging 53-12 point winners in Naas.

Captain Mickey Russell opened their account with a try after just five minutes before Chris Jebb tagged on the extras.

Scrum half Thomas Ankers then went over from a line-out maul before wing forward Simon King also got in at the corner off a driving maul and Eoin Delaney applied the finishing touch to a great backline move when he broke over the whitewash to make it 24-0.

Tries either side of the halftime break kept Newbridge in it, but Clondalkin took off again when hooker Brian Doyle broke over after Jebb had converted a penalty.

Number Eight Paul McDermott twice touched down from two push-over moves before substitute winger Ryan Maher completed the scoring when Jebb’s crossfield kick eventually broke to him and he ran over.

Also in action for Clondalkin were Mikey Russell and Matt Stapleton who have been lining out for the Leinster Junior team in this season’s inter-provincials.

The latter scored the winning try in their recent victory over Munster and the province will be hoping to follow up on that when they meet Connacht in Wicklow this weekend.

NEWER POSTState-of-the-art CRY centre will help to save young lives
OLDER POSTInterested in going on 5km group walks in Tallaght and Clondalkin?