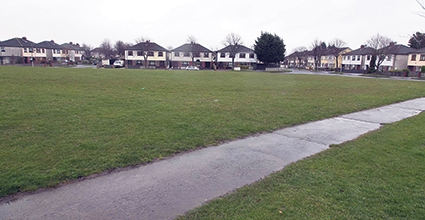 Construction of library to start in mid-August

CONSTRUCTION of the new library in North Clondalkin is due to commence in mid-August.

Tenders for the project in Rowlagh, at the junction of Liscarne Close and Oatfield Avenue/Park, were issued to seven contractors last year, and were due to be returned by May 18.

Plans have been in the works for some time - construction was initially due to begin at the end of 2017.

With 10 schools in the area, the development of a new library for North Clondalkin was identified as a key priority in the South Dublin Libraries Development Plan 2012-2016.

South Dublin County Council anticipate a start date on site of mid-August and a construction period of 18 months.

Independent Councillor Francis Timmons asked for an update on the project and where funding was coming from, at the Clondalkin area meeting this week.

SDCC say funding for the project is coming from their Capital Programme 2018-2020 as well as grant-aid from the Department of Rural and Community Development.

Cllr Timmons said: “I welcome the North Clondalkin Library while I still say the location was not the best one it will be an asset to the community. I look forward to working with local residents to ensure any concerns are dealt with.’’

Consultation will take place with local residents in the near future to confirm that issues previously raised at meetings have been addressed in the tender.

It is envisaged that multi-service library will open for 54.5 hours per week over six days, with four late openings and open all day Friday and Saturday.