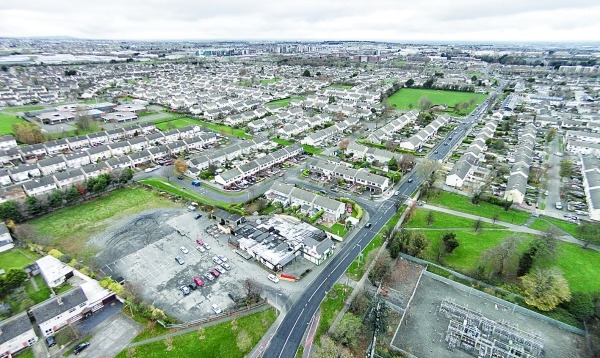 AN ADDITIONAL 16 single people and families registered as homeless with South Dublin County Council in the month of February alone, with local services reporting an increase in the number of people facing homelessness due to a lack of rental accommodation.

According to figures released by the council, in response to a request by Tallaght Fianna Fáil councillor Charlie O’ Connor, 275 single people and families were registered as homeless in January.

However, by the end of February this figure had jumped to 291, which is made up of 151 single males, 36 single females, one couple and 103 families.

The council said: “All of the homeless persons on our list have been provided with emergency accommodation either in hostels or hotels.

“They have all been provided with HAP [Homeless Executive Project] Packs to enable them to access private rented accommodation.”

The council confirmed that the 64 families that have been placed in temporary, supported accommodation in Tallaght Cross, a project delivered by the council in partnership with Focus Ireland and Túath Housing, the approved housing authority, are not included in these figures.

Managed by Túath Housing on behalf of the council, this project is supported by Focus Ireland, which provides families with the necessary support to secure their own accommodation and move on from Tallaght Cross – through the HAP project for the Dublin Region.

Susan Murphy, Manager of Focus Ireland Tallaght, told The Echo that they too have experienced an increase in the number of people presenting as homeless since the New Year, especially people on rented accommodation notice.

She said: “We are incredibly busy at the moment and have noticed a considerable increase in the number of people who are on rented accommodation notice, which is when a landlord gives a tenant notice that they must move out of the premises by a certain date.

“We have lots of people coming to us two weeks before they are to vacate the premises in a panic because they have not been able to find anywhere to rent.

“We’d advise anyone who is given rented accommodation notice to come to us straight away and we can give them support and advice early on.”

“We are seeing lots of single people and families who have never engaged with a service like Focus Ireland before.

“We are also continuing to support those who are sleeping rough and through liaising with South Dublin County Council we are getting these people into accommodation mainly under the cold weather strategy.”

Focus Ireland is based on Main Street, Tallaght and has an open-door policy from 11am to 1pm Monday to Friday, during which people have access to washing machines, dryers, food, tea, advice and other support services.
Outside of these hours it is by appointment only.