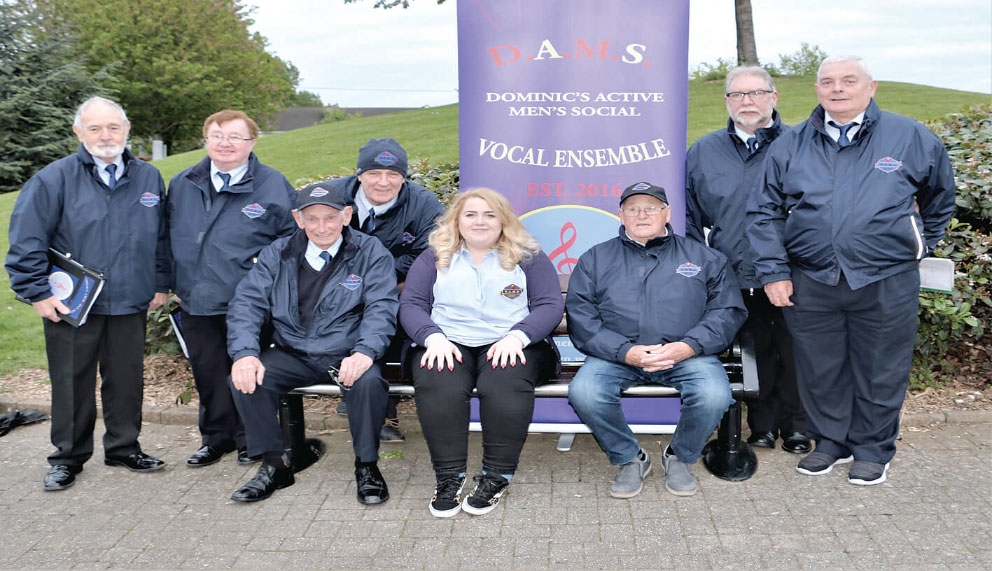 Singers from the Dominic’s Active Men’s Social (DAMS) Vocal Ensemble, which is based in the Dominic’s Community Centre in Avonbeg, treated people to a dusk chorus in Watergate Park on Sunday evening as the sun was setting.

The event was held as part of the Bealtaine Festival, which celebrates creativity in older age, and gave the all-male choir, with members who range in age from 61 to 83, the opportunity to bring their voices to dogwalkers and park users under the guidance of music director Cara Davey.

Their performance, which included engaging renditions of songs including ‘When I’m 64’, ‘Country Road’ and ‘The Black Hills of Dakota’, was well received by people in the park.

Glenview man Dermot Halligan (72), who sings in the DAMS Vocal Ensemble, told The Echo: “We had kids around us who were filming us on their phones, and people who were walking their dogs stopped to listen to us.

“It was a very nice, sunny evening.

“It was nice for us to be out in the fresh air and, for us, the atmosphere was electric.”

The group is now hoping to take part in more events in the coming months, and they are hoping that they will perform a dusk chorus again at next year’s Bealtaine Festival.

The vocal ensemble was set up in 2016, and it is a subsidiary of the Dominic’s Active Men’s Social group, who meet weekly in order to have a social outlet for older men in the area aged 55 and up.