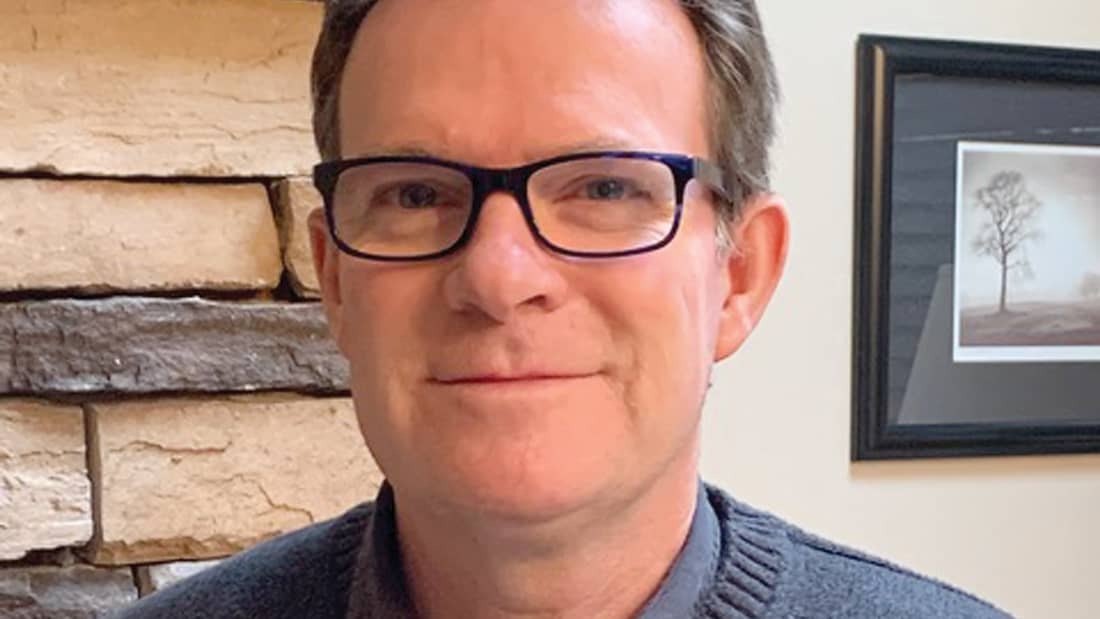 D erek Murphy emigrated to the US in 1985 and is now happily settled on Staten Island, New York, but the talented playwright’s hometown of Ballyfermot serves as an enduring inspiration for a lot of his work.

A past pupil of St John’s College De La Salle, Derek has written many plays that have been performed on both sides of the Atlantic, and just after lockdown last March, he began writing a comedic radio drama, ‘Dial M for Mammy’.

‘Dial M for Mammy’ is performed by actors from the Cherry Orchard/Ballyfermot-based Basement Productions, and a new episode is released and written every week.

Other exciting plans on the horizon for Derek also include the release of his short film, ‘The Isolation of Mister Moore’ at the Origin Theatre Company's First Irish Theatre Festival later this month.

Derek told The Echo about what it was like for him to grow up in Ballyfermot, how he became a playwright, and why his hometown has left an indelible mark on him and his work.

What’s your best memory of growing up in Ballyfermot?

I remember the long summers and climbing over the railway wall that ran along the back of Landen Road, where I grew up.

It was a whole different world on the other side of that big wall; picking the wild blackberries that grew there and taking them home to the ma to make jam.

I don’t know what she did with those blackberries, but I don’t remember ever seeing a pot of blackberry jam in the house.

Over the railway wall we could run wild in the fields and factories, and then make our way through what we thought of as the ‘Ballyfermot Jungle’ up to the Grand Canal.

We’d bring home jars of tadpoles, which I gave to me ma for the stew, which as far as I know she never put in the stew.

Why did you decide to move to the US?

I always intended to come back, I never meant to stay in the US.

When I did leave Ireland, I told my mother at the airport that I’d see her in a couple of weeks, and I touched her cheek, and I could tell by the look on her face that she didn’t believe me.

She was right not to believe me; she knew more than I did. There were no jobs and no opportunities for me in Ireland at the time.

Ireland in the late 80’s was happy to see me and people like me leave – one less mouth for the country to feed.

When did you realise you had an interest in being a playwright?

I always wanted to be a writer, but I never felt completely at home with that notion until I discovered the theatre, and that came to me much later.

After years of writing angst-ridden poetry and ‘I-survived-Ireland-and-Catholicism’ short stories, I finally turned to the theatre. In writing for the theatre, I felt liberated, and free to use my own voice and get rid of the Irish angst once and for all.

What do you find most fulfilling about being a playwright?

Just being able to tell a story, really. It’s the most natural thing in the world, and to have an audience willing to listen, to go on that journey with you, there’s nothing more fulfilling than that…except for maybe a pint in The Palace Bar on Fleet St on a Friday night.

You began writing the humorous radio drama ‘Dial M for Mammy’ shortly after the first lockdown began, and it’s been brought to life by actors from Basement Productions every week. Do you ever find it difficult to come up with new ideas for it?

I’ve filled the show with outrageous characters, all brought hilariously to life by the Basement Productions actors, so that makes it easy for me.

There’s the Mammy of the title who recently married would-be tattoo artist Jimmy Balls, who was just released from prison for murdering his first wife.

There’s Jimmy’s ex-cell mate, Jeremy, who murdered his own mammy for putting onions in his mashed potatoes.

There’s Mammy’s daughter, Dymphna, who’d murder any man for saying no to her. Usually, I just sit down at my desk, or the kitchen table if the wife’s not around, and listen to these voices in my head, and write.

We’ve done so many episodes together now, the actors have filled out the characters personalities so well, my job has become a lot easier.

Your short film ‘The Isolation of Mister Moore’ will be premiered at the Origin Theatre Company’s First Irish Theatre Festival this month. What’s the film about?

It takes place in a flat in Dublin City during the pandemic. Mister Moore is all set for the lockdown, or so he believes.

He’s bought himself a monstrous television, and all kinds of food and paper products he doesn’t need.

He’s ready to wait the pandemic out – enjoy it even – he doesn’t care about the world outside of his flat, then the world comes knocking on his door for help.

You’ve lived in the US for several decades now, but you always retain close ties with Ballyfermot and Ireland in general, particularly in your work as a playwright. Why is it important for you to retain that link with the area where you grew up?

Ah it’s still who I am, and the older I get the more important that becomes. When I said to my mother all those years ago that I’d be back, I wasn’t completely wrong – because I never really left, not completely.

Half my dreams still take place in Ballyfermot, whether I’m being chased by a Christian Brother or climbing over the railway wall.

I’ll be back in Dublin this summer, where Basement Productions will be presenting my play ‘Dyin’ for It’ at Smock Alley Theatre. ‘Dyin’ for It’ takes place in, that’s right, Ballyfermot!

‘Dial M for Mammy’ is out now on YouTube and new episodes are published every Sunday, and information on the Origin Theatre Company’s festival is available at Origin Theatre.

Keep an eye on www.smockalley.com to find out when tickets for ‘Dyin’ for It’ will be available.