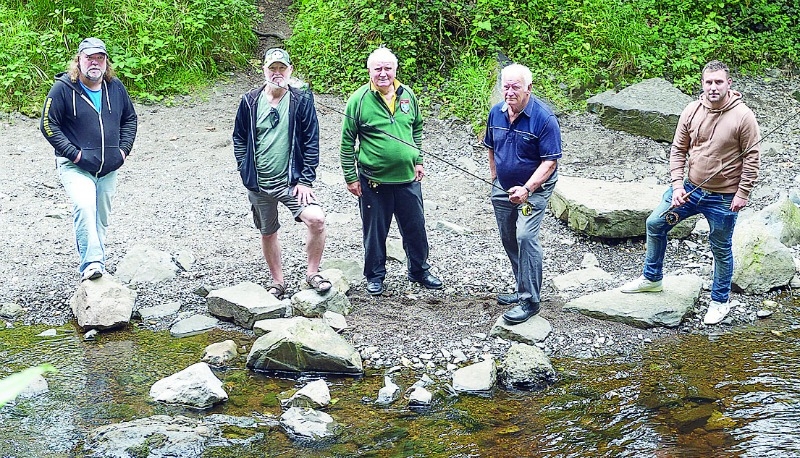 THE significance and beauty of the Dodder as a natural wildlife corridor will be on full show this July 16 when the Irish Trout Fly Fishing Association’s Leinster Rivers Championship take to its waters – for the first time in the competition’s history.

Around 30 anglers will descend on the Dodder to compete for a spot in next year’s National Final, which can see participants land a coveted place on the Irish team.

The Leinster Rivers Championship is being hosted by the Dodder Anglers which, established in 1958, currently has around 500 adult and 300 juvenile members – the majority of whom live in the communities that line the Dodder such as Tallaght, Templeogue, Rathfarnham, Milltown and Donnybrook.

Gerry Heaslip has been fishing the Dodder since he was a child and is a Dodder Anglers’ committee member since 1988.

“I’ve fished the Dodder all my life”, Gerry told The Echo.

“I lived in Bohernabreena before moving down to St Maelruan’s and the Dodder has always played a huge part in my life.

“I once caught a trout that weighed six pounds and nine ounces in the Dodder, which was a record fish for the river.”

He added: “There is a lot of wild brown trout and other fish in the Dodder and in the evening when the flies are hatching, the waters are bubbling all along with fish rising.

“It really is a significant river and the Dodder Anglers do stock it every now and again for the kids, so that they can come down and chance their arm at catching a fish.”

During the competition on July 16, each angler will be accompanied by a steward who will measure each fish caught, mark the card and then the fish will be thrown back into the water.

“Having the Leinster Rivers Championship on the Dodder is amazing and is great for the area and for some of our older members who have waited a long time to see this day”, Gerry said.

He added: “We’d love for people to drop down on the day to watch the anglers in action.

“However, we do ask that people keep their dogs out of the water between 9am and 5pm on the day and that people don’t throw sticks or pebbles in.”

Locally, the competition will be held on the stretch of Dodder that runs behind Hollingsworth Cycles in Templeogue Village down to the Rathfarnham Shopping Centre.

People are encouraged to watch the anglers on Sunday, July 16.

NEWER POSTCommunity service for Clondalkin woman who defrauded State of over €31,000
OLDER POSTJennifer’s Make A Wish dream is made come true