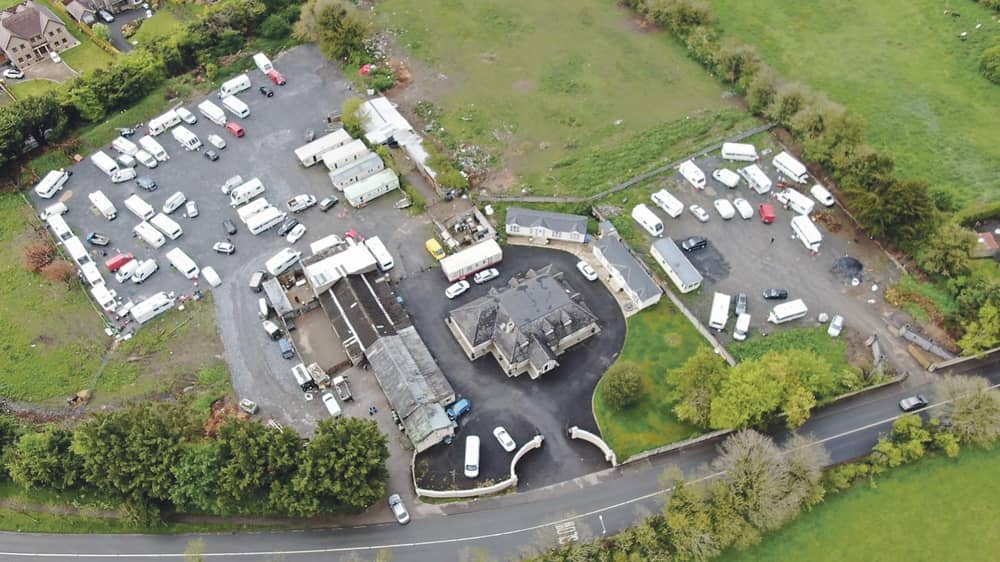 SEVERAL enforcement orders have been served on the owners of lands in Saggart, related to an alleged illegal halting site.

One of the sites is known as The Ranch Boherboy, former home of ‘Fat’ Andy Connors, who was part of a burglary gang targeting elderly people around the country.

Mr Connors was shot dead in 2014 by an unknown gunman and in the aftermath, CAB slapped a €2.5 million tax bill against his wife Ann Connors and have judgement mortgages on several properties including the site and large bungalow where he was shot dead.

Reports in the Sunday World revealed Ms Connors developed an unofficial halting site around the property, with up to 20 caravans situated around The Ranch at one stage.

She has been advertising caravan bay accommodation for rent at €1,500 a month.

The situation has led to numerous complaints with residents reporting an increase of illegal dumping and human waste around the perimeter of the site.

Although warning letters were issued by the council to owners of the land at The Ranch and the owners of adjacent land to The Ranch, there has been no response to date, according to the council on Monday.

Labour rep Chris O’Dwyer has called for an “immediate intervention” by authorities, citing the tragedy that occurred in Carrickmines.

“If we do not learn from such horrible events, we will continue to fail at risk communities,” he said.

“The site is not fit for use, it doesn’t have the necessary infrastructure or amenities. Residents have reported an increase of illegal dumping and an increase of human waste being found by local clean up groups due to the lack of toilet facilities.”

A spokesperson for South Dublin County Council told The Echo, that following a number of complaints in relation to the “laying of hardcore and a number of mobile homes/caravans placed on the lands for residential use”, the council commenced enforcement action by issuing warning letters on the landowners.

“There was no response from the landowners in respect of the warning letters and subsequently the council have served several enforcement notices on the owner of the lands at The Ranch Boherboy and the owners of the lands adjacent to the Ranch on May 6.”

The enforcement notices are due to expire on June 7.

The council said: “Failure to comply with the enforcement notices will result in legal proceedings being initiated in respect of all unauthorised development on these lands and if found guilty of an offence all named parties will be liable for all costs in respect of these proceedings.”