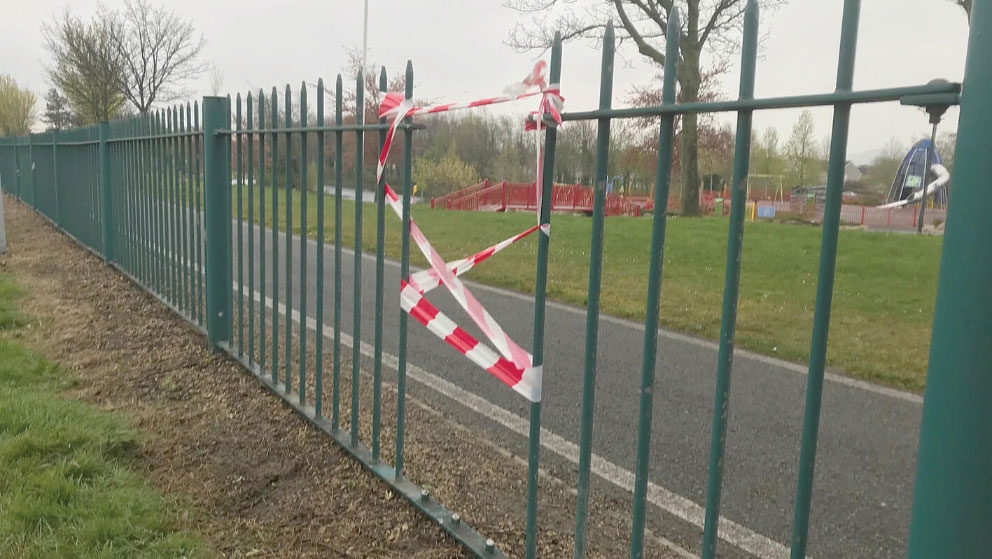 DUBLIN Fire Brigade was called to Sean Walsh Park this week to rescue a teenager who was impaled on the park railings.

According to a spokesperson for Dublin Fire Brigade, the young man had tried to exit the Tallaght park by jumping over the railings at around 8pm on Monday evening.

Railing removed at Sean Walsh Park beside the Tallaght bypass

However, a section of railing went through his thigh, impaling the young person – who was suspended upside down when emergency crews from Tallaght and Dolphin’s Barn arrived on the scene.

Firefighters spent 40 minutes at the scene cutting out a complete section of the railing and then working out a way to transport the young man to hospital – still impaled.

The emergency tender from Dolphin’s Barn followed the patient to Tallaght University Hospital where, under the guidance of medical staff, they removed more of the railing.

The young person has since underwent surgery.

According to the DFB spokesperson: “People becoming impaled on railings does happen, I’ve probably seen it half-a-dozen times.

“The message here is don’t climb railings, it went right through his thigh.”

The park was open when the incident happened.