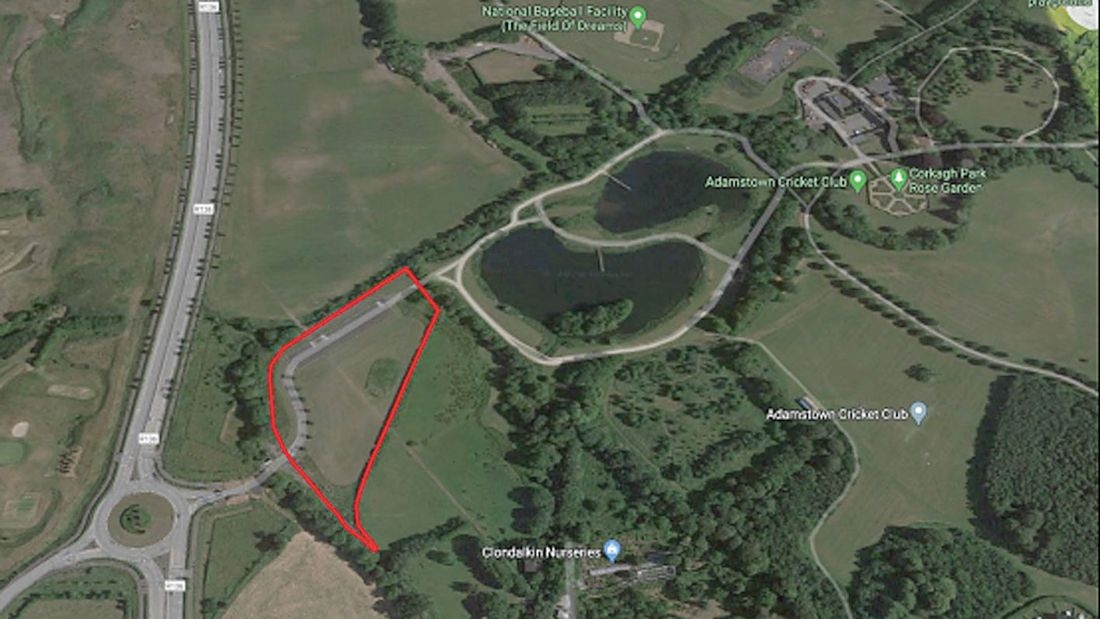 FIVE submissions were received during the Part 8 public consultation process for the development of a sports pavilion in Corkagh Park, Clondalkin.

The sports pavilion was one of three sports pavilion projects passed through South Dublin County Council in 2015, which also included the provision of pavilions in Griffeen Park and Dodder Valley Park.

The area in Corkagh Park where the sports pavilion is going

The Corkagh Park pavilion is to consist of six team changing rooms, two storage facilities, accessible facilities including WC and referee’s changing room, and CCTV is to be installed for security.

The site notice for the proposed development was erected last February, and the window for public submissions to be received on the plans was open from February 27 to June 15, after being extended as a result of the pandemic.

Five submissions were received during this time period from several groups and organisations, including Inland Fisheries Ireland, the South Dublin Conservation Society, the National Monuments Service, the National Parks and Wildlife Service, and Geological Survey Ireland.

Issues that were raised within the submissions include concerns that the site location may have high biodiversity or ecological value, and the view that an otter survey should be carried out before work commences.

In response, the Chief Executive of South Dublin County Council stated that AA screening and EIA screening have already been carried out at the site, ecological surveys are currently being undertaken, and an otter survey will be carried out due to the site’s close proximity to the River Camac.

The National Monuments Service recommended that archaeological monitoring should be carried out, in response the local authority confirmed that a “suitably qualified” archaeologist will be engaged during the first stage of work at the site.

Geological Survey Ireland suggested that the council should identify areas for integrated constructed wetlands to assist in Flood Risk Management.

The council stated that the site was considered for integrated constructed wetlands but was not considered suitable.

In conclusion, the council’s chief executive recommended that the development of the sports pavilion in Corkagh Park should proceed.

NEWER POSTYoung man caught with €48k worth of cannabis in bedroom
OLDER POSTCoronavirus: No deaths and 11 new cases