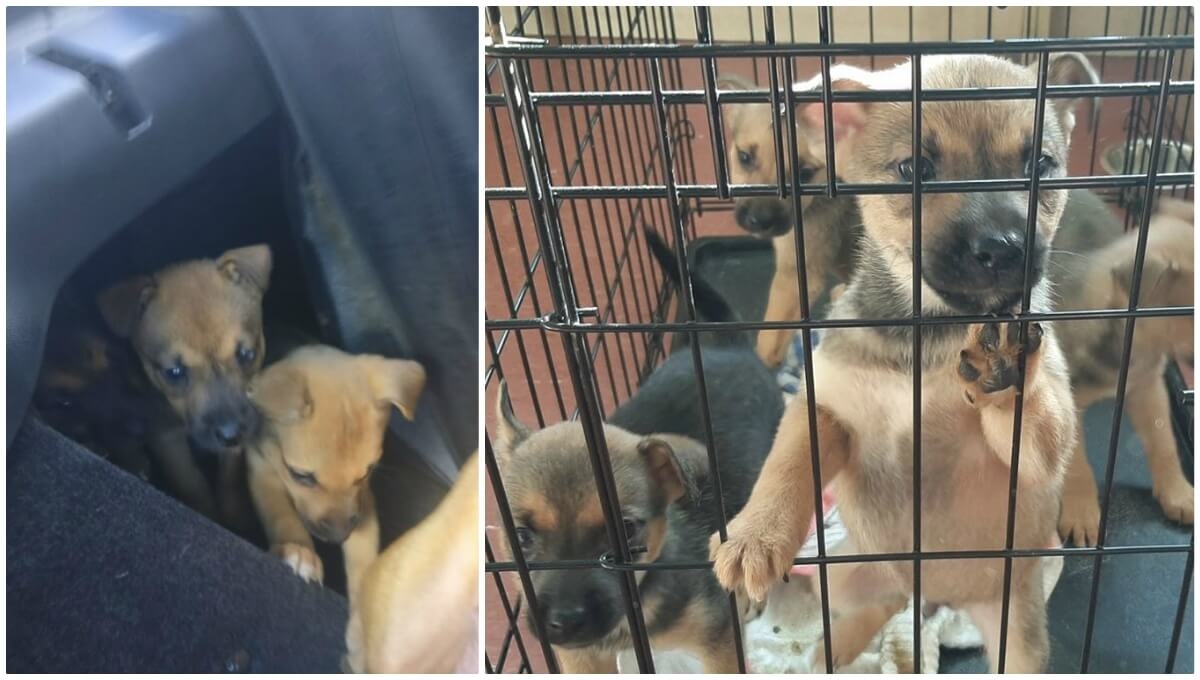 THE DSPCA have rescued four puppies and their mother from the boot of a car in South Dublin.

The dogs, who are believed to be around five-six weeks old, are of a terrier cross breed.

The pups rescued by the DSPCA

An inspector from the DSPCA was hit with a wave of heat upon opening the boot of a saloon car, where the five dogs were discovered living among bags of household rubbish.

According to the DSPCA, the dogs were kept in the closed boot with no light, ventilation or access to fresh water.

The animals were seized by a DSPCA Inspector and are currently in the care of the DSPCA Veterinary team.

“The mother is doing a fantastic job with them,” a DSPCA spokesperson told The Echo.

“The DSPCA are here to help any animals, doesn’t have to be a dog.

“So if people are concerned about any animals then they can contact us through our website and make a report.

“If anybody out there is interested in fostering or adopting these dogs please don’t hesitate to contact us.”

To make a report of animal cruelty click HERE.

NEWER POSTTeacher Larry ‘the best ever’ retires after 37 years at school
OLDER POSTLucky couple win €500,000 on EuroMillions after purchasing ticket in Tallaght