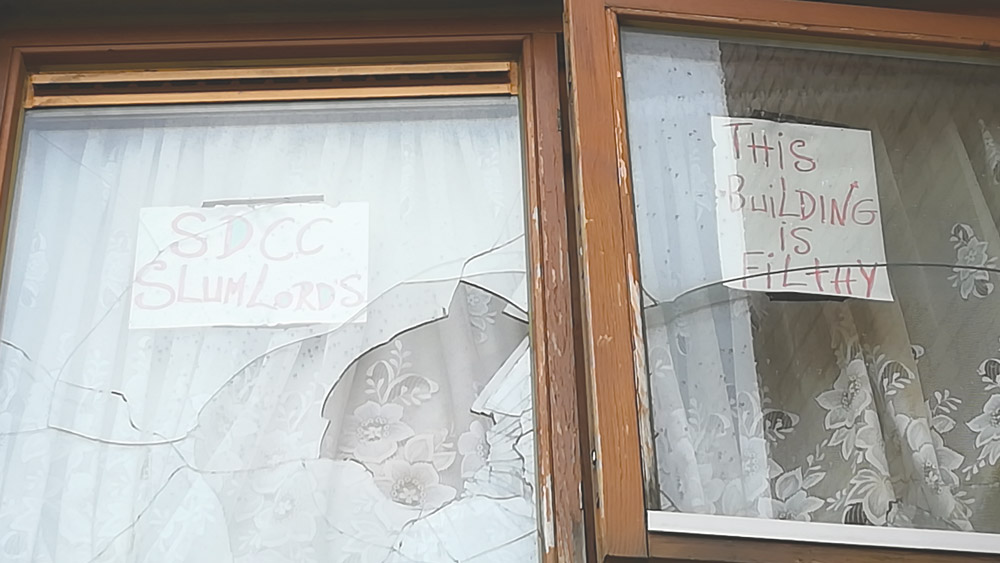 A RESIDENT of Deerpark Lodge in Kiltipper has put handmade protest signs across his apartment windows to voice his frustration at the “inhuman” living conditions in the apartment complex.

Aaron Finnegan, 43, has lived in Deerpark Lodge since 2008 and is calling on South Dublin County Council to carry out work in the complex.

According to Mr Finnegan, gangs of youth are gaining access to the communal areas of the complex because the entrance door is broken, while there are leaks in the ceiling of the main hallway.

“There’s people in the hallways, and they’re sleeping in them,” he told The Echo. “I have PTSD, so living here is driving me insane.

“This place is too stressful for me. It’s just thing after thing. I put teenagers out of the building from the communal hall, and my bedroom windows got smashed.

“The roof leaks to the ceiling in the main hallway, and it looks like it’s going to fall down.”

A month ago, Mr Finnegan said he became so frustrated with a lack of maintenance work by the council that he placed protest signs on his broken bedroom windows. 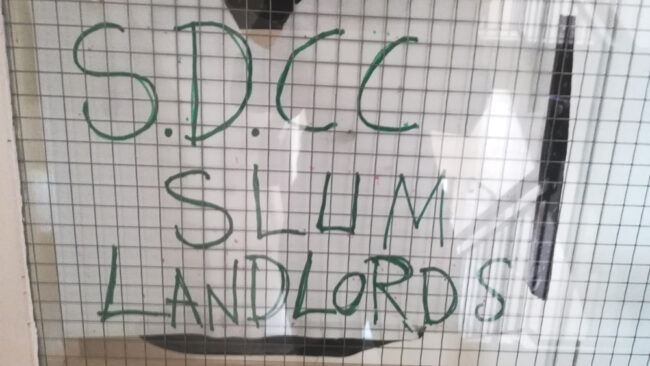 One reads ‘SDCC Slum Landlords’, while another simply states: ‘This building is filthy’.

“The place here is in bits, out in the halls,” explained Mr Finnegan. “There’s something under the stairs and God knows what it is, but there’s flies all over it. It’s inhuman.

“The council have to open their eyes to buildings like this. The teenagers in the area see them as an easy target because they know they’re unkept and unmaintained.

“No one in my family will come to visit me here. Would you go to a stinking place where you don’t know what’ll be there when you’ve to go in?”

According to Mr Finnegan, this is just one of a number of issues that residents in Deerpark Lodge are experiencing.

He said that new post boxes were placed within the apartment complex to replace old ones outside, however the postman doesn’t have a key for the complex, so post continues to be delivered to the old exterior post boxes where rainwater leaks through onto the letters.

The Echo contacted South Dublin County Council for comment, but a council spokesperson said they do not comment on individual cases. 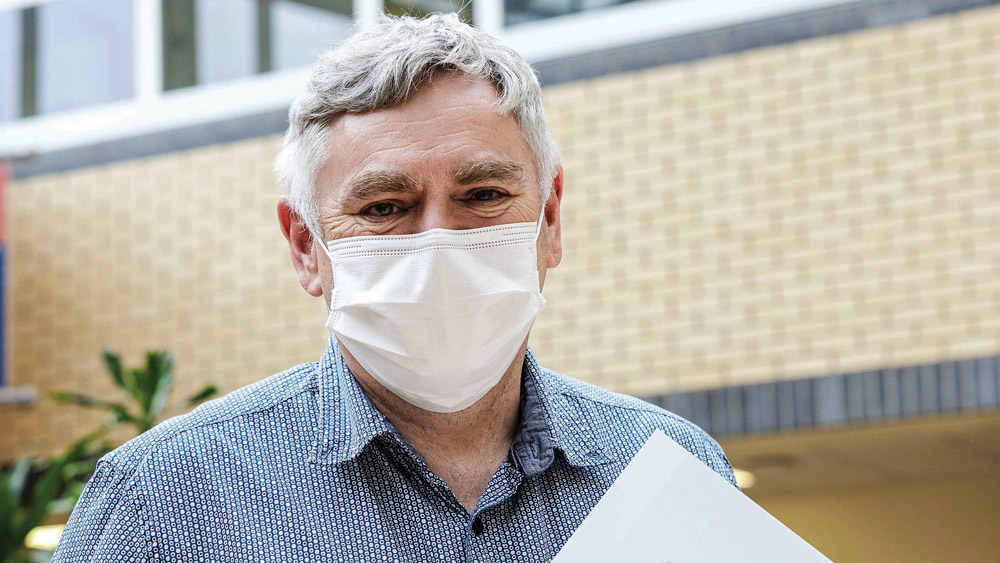 TIME IS running out to nominate staff at Tallaght University Hospital (TUH) for a special ‘Patients’ Experience Award with the closing date...