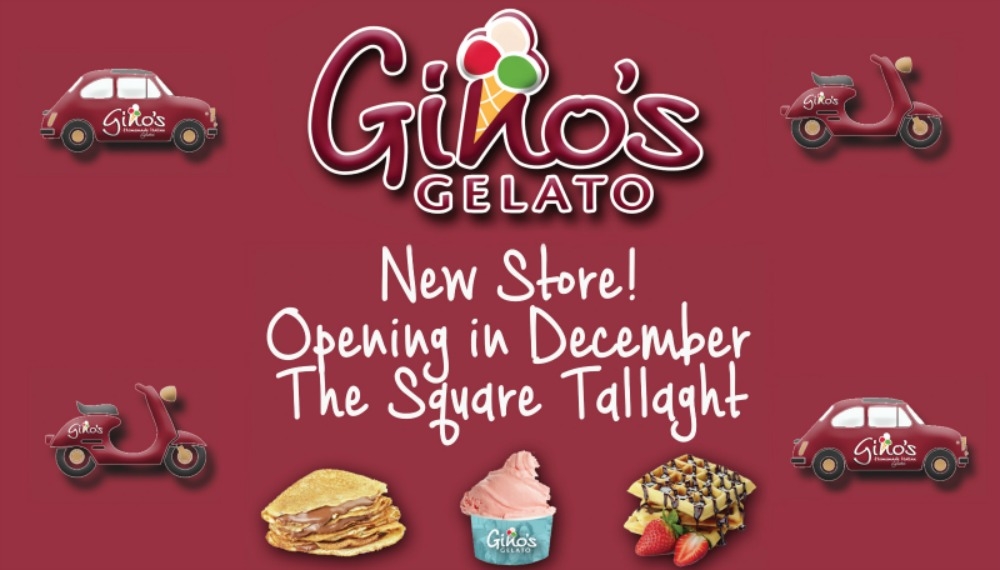 As if we’ve not had enough to celebrate this week with the festive season officially beginning, the news that Gino’s Gelato will officially open in Tallaght next week has most people excited.

Located on level One in the Square, the doors will open for the first time on December 6, next Tuesday.

The gelato haven will be a top spot for anyone who has ever tasted their delicious range of flavours, while they will doing a selection of other treats, including crepe’s and waffles.

The opening days are sure to be busy for Gino’s as news of their arrival in Tallaght a couple of weeks ago had people melting into hysteria faster than…well…gelato!!!

We’ll have some exclusive competitions to help with the launch so watch this space.

NEWER POSTOPINION: ‘Suffering in silence’ attitude must change
OLDER POSTTallaght priest robbed at knifepoint and forced to be getaway driver