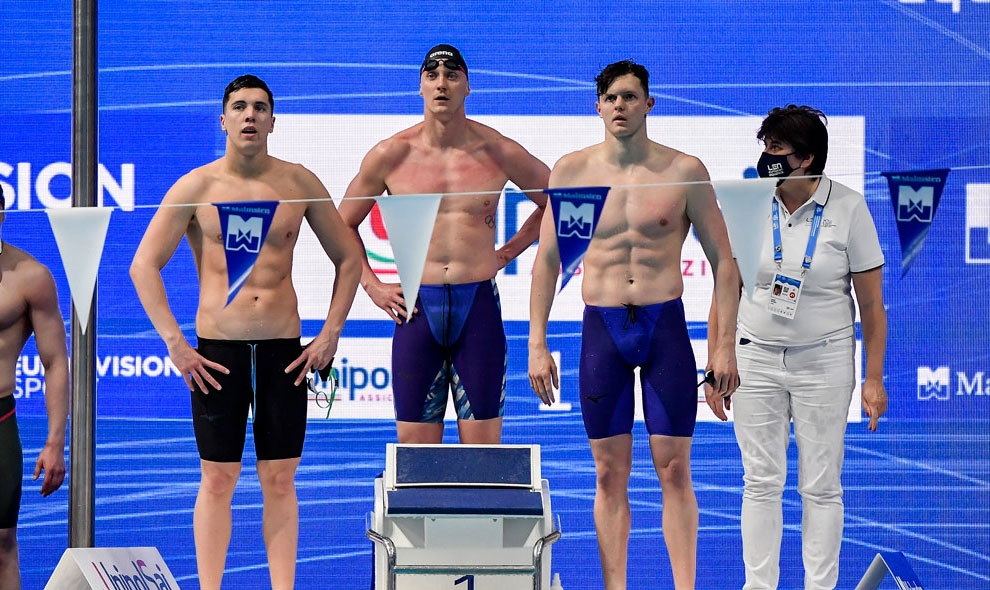 BRENDAN Hyland could well be poised to fulfil a lifelong goal of competing on the Olympic Games stage with Ireland having been invited by FINA to send two relay teams - the Men’s 4x200m Freestyle and Men’s 4x100m Medley squads - to Tokyo this summer.

While final team selection for these relay teams heading to the Summer Games will be made at a later date, the Tallaght and National Centre swimmer has put himself in a very strong position to get the nod having been part of the Men’s 4x100m Medley Relay that set a new national record of 3:34.62 in the heats of last month’s LEN European Aquatics Championships in Budapest.

“I am honoured to achieve this for Ireland” said national record-holder Hyland who swam the butterfly leg on the Men’s 4x100m Medley Relay.

“Jon Rudd and Ben Higson have done a great job of bringing Irish swimming on, because I never thought of relays at the Olympics before this.

“These two relays going to Tokyo shows the sum of the collective effort. Five of the seven lads don’t have individual times yet, but as a relay they have come together to achieve this.”

Swim Ireland’s National Performance Director Jon Rudd added: “This is a truly a historic moment for Irish swimming and for us all to be part of that, and, for the Irish swimming community to have something huge to celebrate after such challenging times of late for our sport is so inspiring and uplifting.

“The athletes have done a remarkable job here in not getting one, but two relays over the line, something we haven’t achieved for 49 years.

“The coaches and practitioners who work day in, day out, with these athletes must also receive our praise and our thanks.

“Now we prepare to do our nation proud in Tokyo and give everyone a summer of excitement to look forward to” he said.

In individual competition, Hyland is among ten athletes who have achieved at least one time within 1.5% of the FINA ‘A’ Olympic Qualification standard and will have a further qualification opportunity at the Swim Ireland Performance Meet at the Sport Ireland National Aquatic Centre in Dublin from June 24-26.