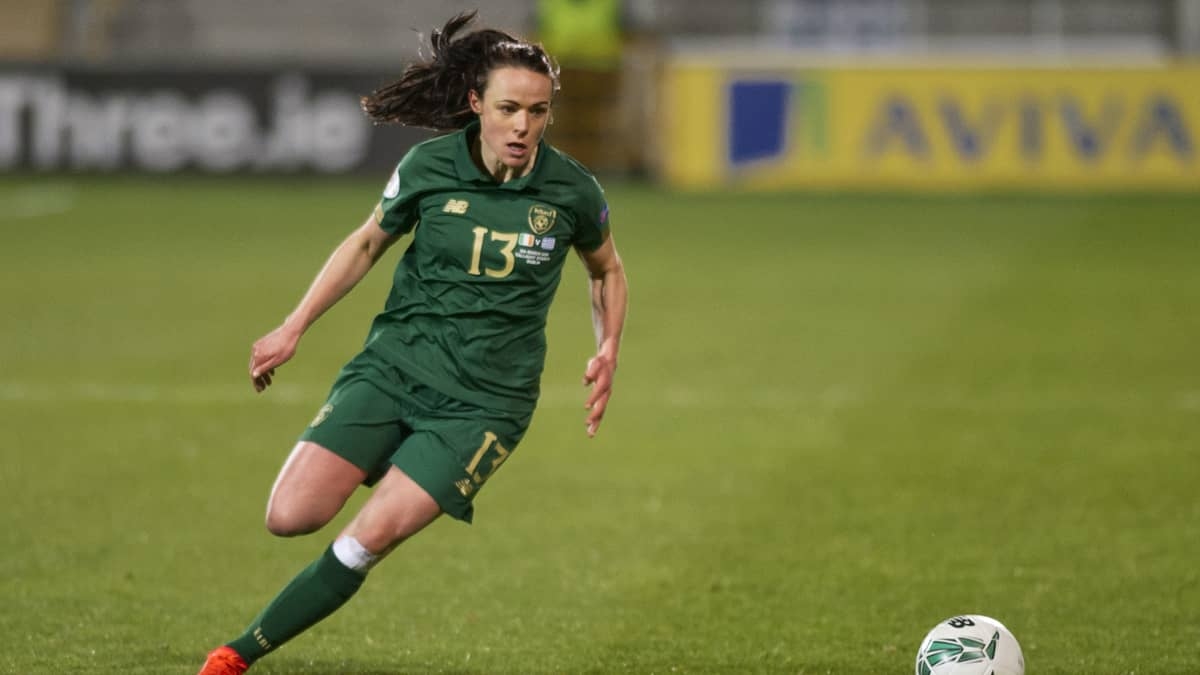 THE REPUBLIC of Ireland were unable to bag the point that would have secured them a play-off spot for UEFA European Championship qualification after they lost out 1-0 to Ukraine in Kiev this evening.

The defeat means Ireland will have to serve up a win against the mighty Germans at home in their final group match if they are to secure a play-off berth.

Otherwise they will be hoping that Ukraine drop three points over the course of their remaining two games against Greece and Montenegro in order to preserve their hopes of reaching the European Finals.

It was heartbreaking loss for Vera Pauw's side and in particular Aine O'Gorman and Tallaght woman Katie McCabe, both of whom worked tirelessly for their team.

A most unfortunate own goal by Peamount United skipper O’Gorman, whose pass-back caught goalkeeper Courtney Brosnan wrong-footed and trickled agonisingly over the line, was quickly followed by a missed penalty by McCabe.

Indeed Ireland must have been wondering how they were a goal down at the halftime break given the pressure they applied and chances they created in the opening period.

They were most certainly on the front foot throughout the initial half hour with Harriet Scott shooting over from distance before McCabe saw her 20 yard free kick hit the framework.

But instead of opening their account, the visitors suddenly found themselves playing catch-up on 25 minutes following O’Gorman’s mix-up with Brosnan.

Still Ireland should have been back on level terms eight minutes later after Denise O’Sullivan was fouled in the box, but again McCabe found only the crossbar with the resulting spotkick.

And when Heather Payne picked out Rianna Jarrett with a sublime long delivery that put her in behind the Ukraine cover, it looked as if the equaliser was at hand with the halftime break approaching.

Yet in trying to dig out space to get her shot away, the Ireland striker was prevented from getting the purchase needed on her attempt to see it home and Lyubov Shmatko was able to clear the ball before it rolled over the line.

Ireland re-emerged after the recess full of endeavour with Ruesha Littlejohn firing high under pressure before Jarrett had another go after latching on to a pull-back from O’Sullivan, but her wicked strike was parried by goalkeeper Iryna Sanina.

The homeside worked hard to smother any momentum Ireland tried to generate for much of the second half, but Louise Quinn was presented with a late opening to snatch the all-important draw in the 87th minute.

The former Peamount captain got on the end of McCabe’s delivery in from the left, but sent her header over the bar.