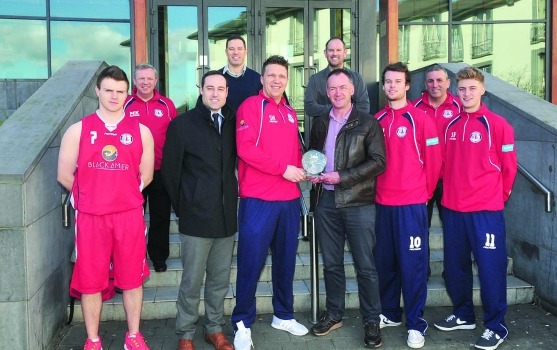 TEMPLEOGUE Basketball Club could not have asked for a much better start to 2016 as they landed the club’s first ever Men’s National Cup title following an edge-of-the-seat 78-75 point victory over GCD Swords Thunder in the final in the National Basketball Arena.

As they have so often done this season, Mark Keenan’s side produced a resilient performance to battle their way back from 11 points down at the halftime break to clinch the coveted prize.

Insisting that his players maintain their composure, Keenan looked on as his men won the third quarter by 17 points to race six in front and then weather some heavy Swords pressure in the final minutes to clinch the title.
“It was fantastic for the players” said Keenan.

“It’s very hard to get to the final and if you don’t do it then the opportunity might not come around for another few years” he pointed out.

Now Templeogue will be hoping to make it a double by capturing the Men’s Premier League crown.

Victory in their two games this weekend against UL Eagles and defending champions and closest rivals UCC Demons should be enough to see them over the line in this race.