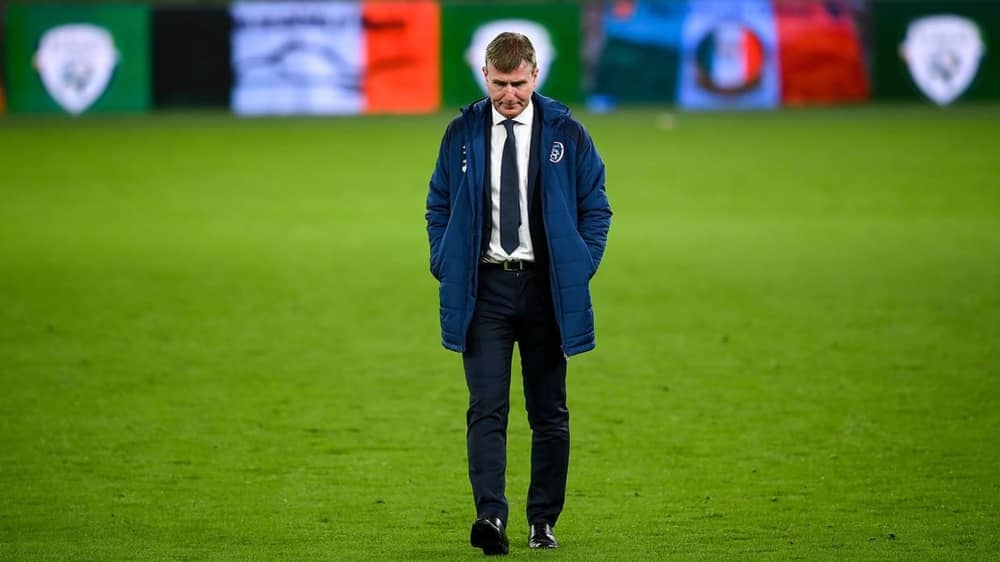 The Republic of Ireland senior men’s side endured a frustrating start to their FIFA World Cup qualifying campaign this evening as they fell to a single goal defeat at the hands of Serbia in Belgrade.

Coming into this encounter, Ireland had gone seven games without scoring a goal. This unwanted statistic was finally altered with 19 minutes gone in the Serbian capital.

Following initial legwork from Alan Browne, the raiding Stevens picked up possession in an advanced position on the left-hand side. He passed to Callum Robinson, whose lofted ball into the area was superbly headed home by his ex-Preston North End team-mate Browne.

Serbia had struggled to create clear-cut opportunities, until Dušan Tadić knocked down for the onrushing Dušan Vlahović to fire beyond the reach of Travers on 40 minutes.

Despite this set-back, Ireland were still in a good position to get something out of the game. They continued to play with confidence on the resumption, but the arrival of Aleksandar Mitrović off the bench swung the game in Serbia’s favour.

Latching onto a Tadic pass, Mitrović brilliantly chipped the advanced Travers with an audacious lob from all of 30 yards on 68 minutes.

The Tadic-Mitrović double act was causing numerous problems for the Irish defence and a precise delivery by the Ajax talisman was headed home by the latter for his second goal in the space of seven minutes.

Serbia looked set to ease themselves over the line but, after Shane Long pounced on a defensive mishap, Collins was on cue to scramble home from close-range. This raised hopes of a dramatic fightback in the closing moments, but Ireland ultimately fell short in the end.