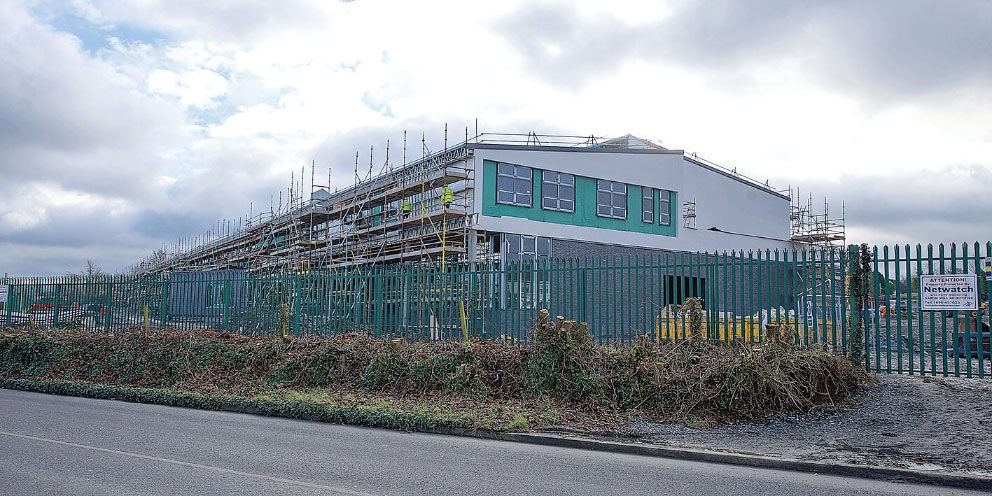 THE CONSTRUCTION of a permanent school building for Kingswood Community College is beginning to take shape, and it’s expected that pupils will begin classes in the permanent building this September.

Pupils from the school have been accommodated in a number of prefabs on-site since 2016, and there are plans for the new school building to house 1,000 pupils.

Construction on the permanent building began in August 2017, and there is excitement within the school community about the expected completion of the building.

Deborah Dunne, the principal of Kingswood Community College, told The Echo: “It will be amazing for the school to have that building, at the moment we’re running a very tight ship.

“To have a gym to do PE in without having to move tables and chairs out of the way is going to make a huge difference.

“It’s all systems go and we’re all really excited. The students have picked out the floor colouring and the shades of blue and grey that will be used.”

The new school building is costing some €14.5m and Glasgiven Contractors are carrying out the building work.