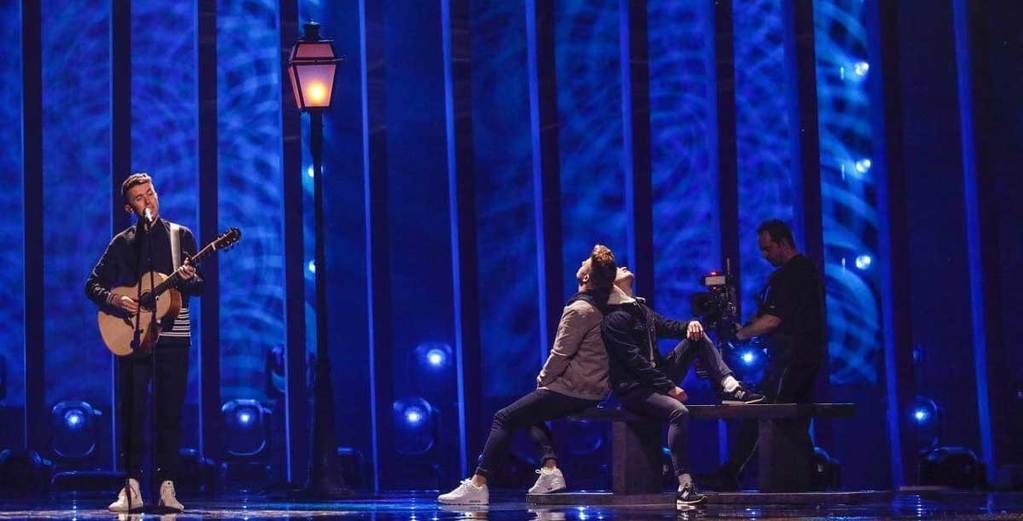 On Tuesday, Ireland took to the Eurovision stage for the competition’s first semi-final, with Ryan O’Shaughnessy singing Ireland’s song Together - which is accompanied by a dance performance by Alan McGrath (25) and Kevin O’Dwyer (24) that tells the love story of a same-sex relationship.

Looking back at Tuesday’s semi-final performance, Alan, who spoke with The Echo from Lisbon earlier today, said: “It was absolutely amazing, an amazing feeling, so good.

“Myself and Kevin did get a bit emotional at the bench scene, the crowd exploded.

“The feeling was unreal, we could hear the crowd over the music.”

Despite speculation Russia would not broadcast the Irish performance, it was shown in full.

However, the Russian commentator informed viewers that the song was about “true male friendship”.

It has been reported that Mango TV also removed the entire Albanian performance from its broadcast, due to a ban on showing tattoos on TV.

“When I heard it last night I wasn’t sure if it was true,” Alan told The Echo.

“It’s mad that some people are still in that frame of mind and that this is still such a big issue for some people.

“Everybody is entitled to their opinion and if they don’t want to show the dance, fine.

“However, I’m looking at this as a positive thing, it’s helping to get the message out there that love is love and that everybody has the right to love.”

Since Tuesday’s performance, Alan and Kevin have been “overwhelmed” by the volume of messages they have received from right across Europe.

“We’ve had so many messages of support and also messages from young people who told us that our performance encouraged them to tell their parents they were gay or that it has helped them to not feel alone.

“We’ve been really overwhelmed by the messages and how much this has meant to people.”

“I’d encourage people to get behind Ryan’s campaign and post a picture up of you and a loved one sitting on a bench,” Alan said.

“Spread the love and show people the effect a little country like Ireland can have on the world.”

Ireland will take to the Eurovision final stage this Saturday at 8pm. The European Broadcasting Union has banned China from showing the contest final following its censorship.

From Old Bawn, Alan runs the Dizzy Dancework Academy with his sister Lisa, which is hosting a Dancing Blitz in Rua Red on August 11, with international dance teachers attending.