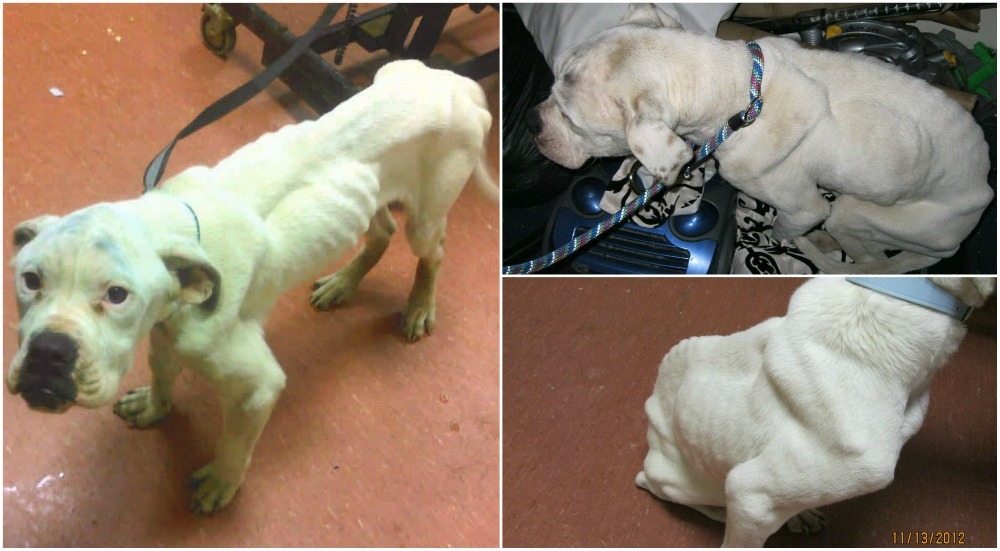 Lifetime ban given to local woman who left boxer to starve

A local woman has been given a lifetime ban from owning dogs after leaving her boxer to starve.

The unnamed woman was handed the ban, along with a €100 fine and €400 costs, last Thursday after her white boxer dog was found starving in her home in 2012.

The woman with an address in West Dublin was sentenced at Blanchardstown District Court.

The Dublin Society for Prevention of Cruelty to Animals (DSPCA) responded to the call on December 11 after a member of the public complained about the extremely underweight dog.

Writing on Facebook, the DSPCA posted harrowing images of the dog, called Cooper.

Speaking to the Echo.ie, DSPCA inspector Liam Kinsella recalled finding Cooper. He said: “Cooper was chronically underweight and his eyes were dull. I was quite shocked at his condition and knew he needed treatment ASAP.”

A boxer’s normal healthy weight is around 26kg, but Cooper weighed only 13.8kg.

Kinsella told the woman that she could either pay for his veterinary costs or sign Cooper over to the DSPCA where they could treat him. The woman agreed to sign the dog over, where he was given vaccinations, treated for an ear infection and put on a healthy diet.

He said: “I brought him in to be treated straight away. Within two weeks he improved so much and gained 10kg.”

A veterinary examination found that Cooper’s severe condition was not caused by any underlying medical issues and that he had been starved, leading Kinsella to alert Gardaí at Ronanstown Garda Station in Clondalkin.

The woman was the last case to be brought by the DSPCA under the old Protection of Animals Act 1911. Under this act, Gardaí had to assess animals which took much longer for cases to be heard, which was a major frustration for the DSPCA.

Under the Animal Health and Welfare Act of 2013, the DSPCA is able to assess cases, consult with veterinarians and collect evidence of animal abuse for the Gardaí.

Kinsella commented: “Under the old legislation it was impossible to get the case to court. Under the new act, things are much quicker. I dealt with a similar case involving a Doberman in Balbriggan and the owner was prosecuted in 10 months, despite delays.”

The DSPCA said that Cooper went on to find a ‘wonderful’ home. He spent the next three years being ‘loved unconditionally’ by his adoptive family but sadly passed away 18 months ago from different medical problems.

After learning of the successful prosecution, his family told the DSPCA: “We are very happy to hear that the DSPCA won their case and justice was done for Cooper. We were blessed to have had him in our lives.”