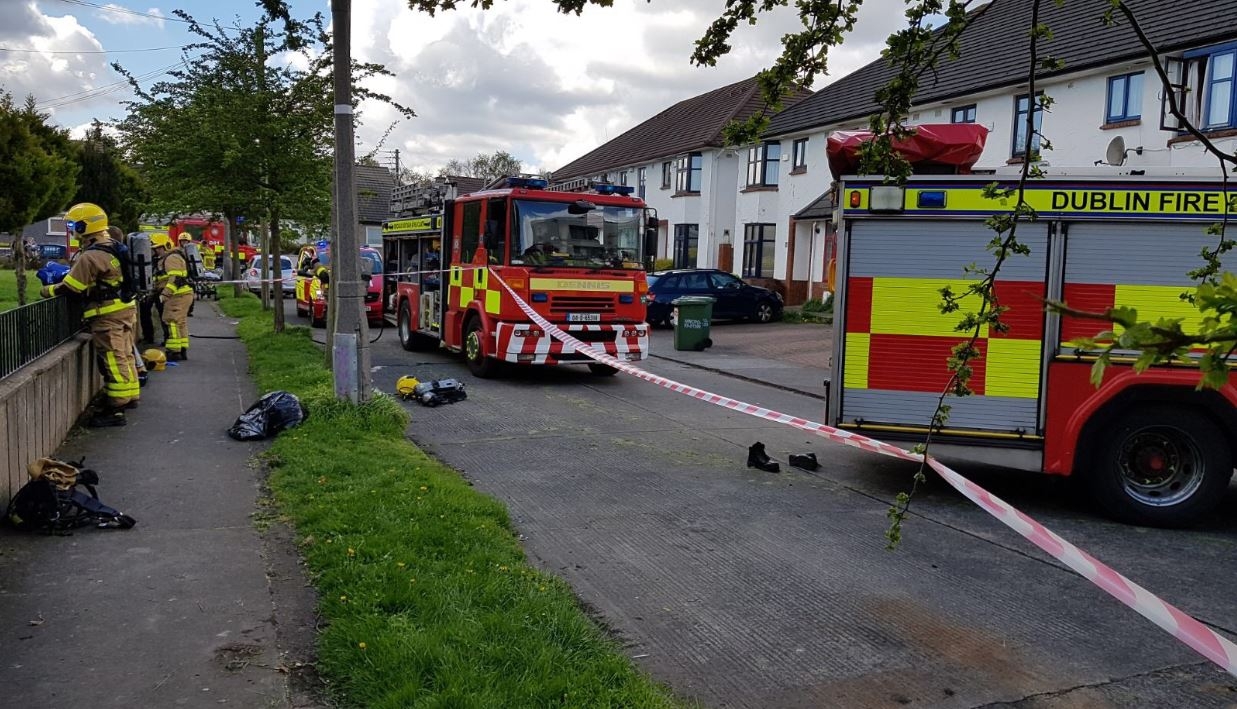 LOCAL fire crews rescued two people in separate incidents in homes in Tallaght and Kimmage over the course of last night and this morning.

Earlier today, a man in his 50s was rescued by breathing apparatus teams and taken to hospital after a fire broke out at an apartment in Kimmage.

Earlier today Breathing Apparatus teams rescued a person from a domestic house fire in #Kimmage. It is believed the fire was as a result of an explosion. Investigation underway. Crews from Dolphin's Barn and Rathfarnham attended, and @ESBNetworks and @GasNetIrl emergency crews. pic.twitter.com/STXLqMEJ9h

The fire broke out at around 11.10am in the Brookfield Grove complex, with Dublin Fire Brigade believing that the fire may have been caused by an explosion – possibly a gas cylinder explosion.

Crews from Rathfarnham and Dolphin’s Barn attended, alongside emergency crews from ESB Networks and Gas Networks Ireland, with investigations into the Kimmage fire currently underway.

Overnight crews from Tallaght Fire Station also rescued a person from a smoke filled house in Tallaght after a neighbour called 999 when she heard the smoke alarm sounding.

One unconscious person was rescued from the house.

According to Dublin Fire Brigade, the source of the smoke was a pot left on the stove.

Overnight, crews from Tallaght Fire Station rescued one unconscious person from a smoke filled house. A neighbour called 999 after hearing the house’s smoke alarm sounding. A BA team discovered the source of the smoke… pot left on the stove. pic.twitter.com/5ApC3jGTF8