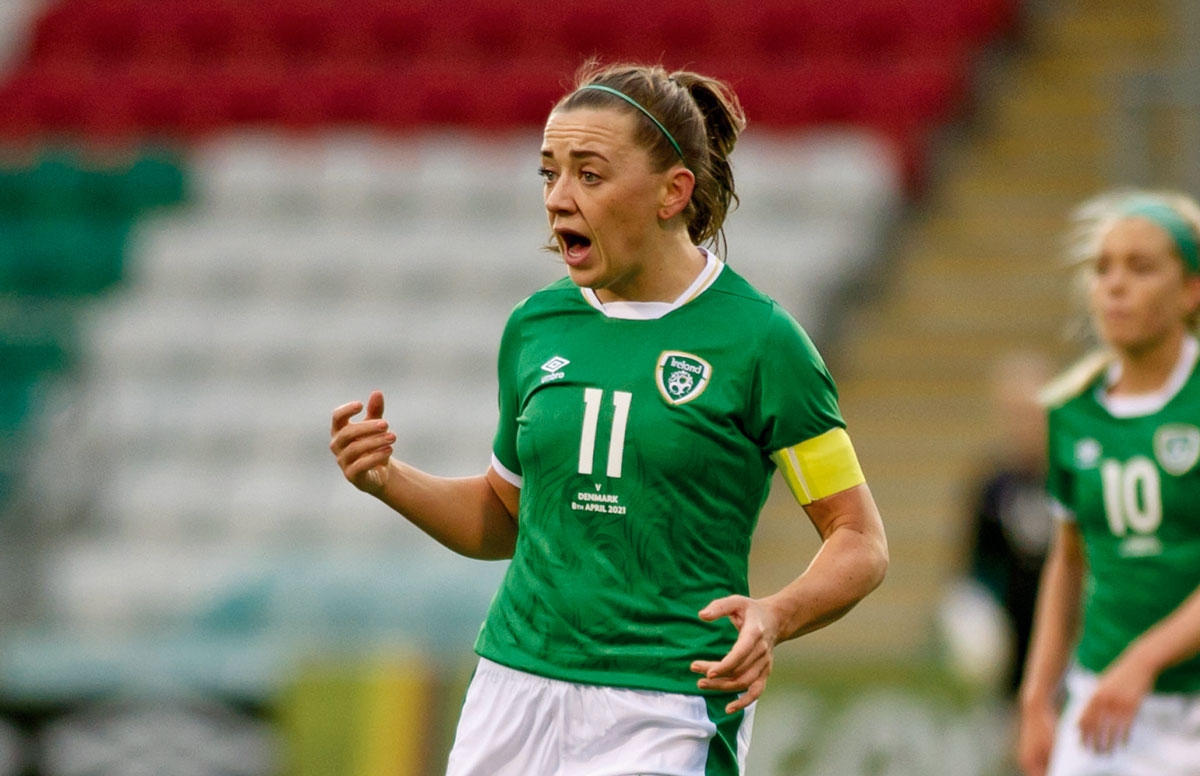 DESPITE an encouraging display overall, the Republic of Ireland women’s team fell to a 1-0 defeat at the hands of Belgium in an international friendly encounter at King Baudouin Stadium this evening.

Tine De Caigny’s 14th-minute goal was the difference between the teams in the Brussels venue as Vera Pauw’s side suffered a second defeat in the space of four days - following a similar loss to Denmark in Tallaght on Thursday.

A native of Kilnamanagh, Katie McCabe captained Ireland on the occasion of her 50th senior cap.

Joining the Arsenal footballer in the starting line-up was Peamount United’s Claire Walsh, who featured in a back-three alongside Diane Caldwell and Claire O’Riordan.

The Republic were doing their best to pressurise the hosts during the early exchanges, but ultimately came unstuck just shy of the 15-minute mark.

A domestic-based player with Anderlecht, Tine De Caigny got in front of Irish netminder Courtney Brosnan to fire home from an expertly-delivered set-piece.

The visitors did improve as the half progressed and after cutting inside from the right-hand side, Heather Payne unleashed a left-footed strike that led to her side’s first shot on target.

Nonetheless, they ultimately found themselves a goal behind at the break and were fortunate not to fall further adrift on the restart.

De Caigny appeared odds-on to double her tally for the night, but inexplicably far past the post from close-range.

Peamount skipper Aine O’Gorman was the first player to be introduced off the Ireland bench and Louise Quinn from Blessington – herself a former Peas star – arrived in the latter stages of the contest. Ireland were close to equalising just before the latter was sent into the fray.

In the 78th-minute, Ruesha Littlejohn unleashed a powerful free-kick from a left-hand angle that was brilliantly tipped over the bar by Belgian goalkeeper Justien Odeurs.

Ordinarily deployed as a centre-half, Quinn was instead used as a direct option in attack.

Her knock down off an O’Gorman delivery found its way into the path of Rianna Jarrett and she forced a fingertip stop out of Odeurs.