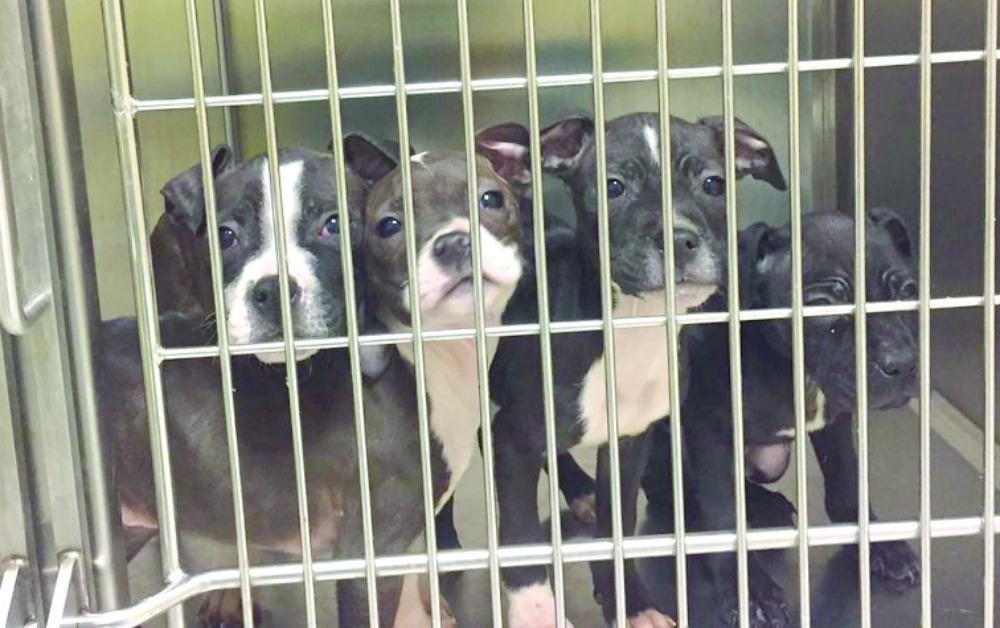 IT’S just over a week since Christmas and already the ‘unwanted presents’ have been landing on the doorstep of the DSPCA, which to date has given shelter to six puppies and eight kittens.

Sadly, the message that a ‘dog is for life not just for Christmas’ continues to be ignored, with the DSPCA expecting to receive a number of ‘unwanted Christmas presents’ within the next four months.

Among the animals handed into the shelter in Rathfarnham over the Christmas period were four sick and skinny Staffordshire-mix puppies, which the DSPCA believes where bred for Christmas presents but not sold, so “were dumped like rubbish”.

Another little pup called Prancer, which was bought online and not microchipped or vaccinated, was handed into the shelter on December 23 while December 28, saw the arrival of little Yorkshire terrier Holly – who was bought for a person who couldn’t look after it.

Speaking with The Echo, Gillian Bird of the DSPCA, said: “We had four dumped puppies who came in through our veterinary hospital because they were too sick and skinny to be sold and we had two other puppies Holly and Prancer who were also handed in.

“We had a few people in with kittens too, we were told that the kittens were found but we know that a few of them were unwanted Christmas presents.

“It’s early days and we expect to see more puppies being handed in from this Friday, when the kids go back to school and get distracted and loose interest in their new puppy – and mammy and daddy are left looking after it.

“By mid- February the dog has become a nuisance and is put out the back.

“It starts digging holes and the kids can’t go out the back because it keeps jumping up on everyone. By the time Easter arrives… we have the dog.”

Reminding people to never buy an animal as a gift no matter what time of the year, Ms Bird said: “If somebody has received the gift of a puppy that they feel they can’t care for, we would encourage them to visit our website and surrender their animal.

“Do not just abandon it.

“For those who have just received a puppy and want to keep it, we hold free training sessions here and puppy socialisation classes – which train a dog to come back when called, walking on a lead and socialises them so that they don’t get too excited when they see another dog.

“Puppies should also be neutered to save long-term behavioural and medical issues and unwanted litters.

“And, lastly spend time with your dog and love them, they should be treated like a family member and not just left out the back.”

For further information on the DSPCA, which last year rehomed 1,200 dogs and more than 1,000 cats, visit www.dspca.ie