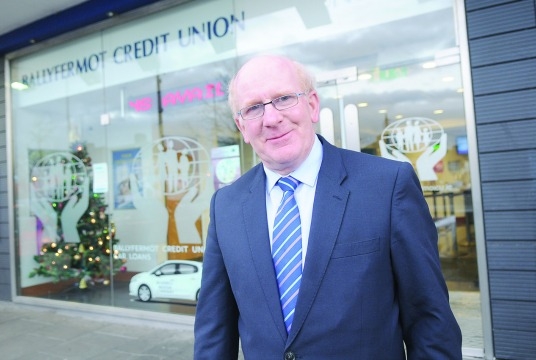 FAMILIES on social welfare can avail of a loan up to €2,000 at credit unions in Ballyfermot and Rathfarnham due to a new micro-credit pilot scheme launched by Tánaiste Joan Burton.

It is hoped the scheme will combat the loan shark market, and if successful, it will be rolled out across the country next year.

Ballyfermot and Rathfarnham applied to be included in a group of 30 credit unions across the country for the Personal Micro Credit Project (PMC) scheme.

Declan Duggan, Manager of Ballyfermot Credit Union, says it will benefit people who have struggled to access banking services, whilst taking others “out of the clutches of money lenders.”

Mr Duggan said: “We are delighted to take part in this pilot scheme. We are all well aware of the penal interest rates charged by moneylenders, both legal and illegal, in local communities. This pilot scheme will highlight that the credit union is a real option for people who are on social welfare in our area.

“The target audience for the scheme are those who are excluded from mainstream credit. Essentially, the aim is to offer small loans to those using or considering using a moneylending service. An eligible person can apply for a loan of between €100 and €2,000.”

Mr Duggan continued: “The Central Bank estimates about 360,000 people are using moneylending services – not taking into account unlicensed operators. Interest charged on loans from moneylenders can be 290 per cent or even higher. The maximum interest rate which credit unions can charge is 12 per cent (12.68 per cent APR).”

Labour TD Michael Conaghan welcomed the introduction of the scheme.

Deputy Conaghan said: “The lack of access to low-cost credit for individuals on low-income households has long been a cause of concern. This scheme will provide local, easily accessible and low-cost loans to those who need them.

“This, I believe, will ease the financial burden imposed on parents at this time of year and I would urge members of the credit union to avail of this scheme rather than alternative moneylenders.”

Customers can choose what percentage to pay off the loan from their weekly social welfare payments – with loans to be repaid within 12 months.