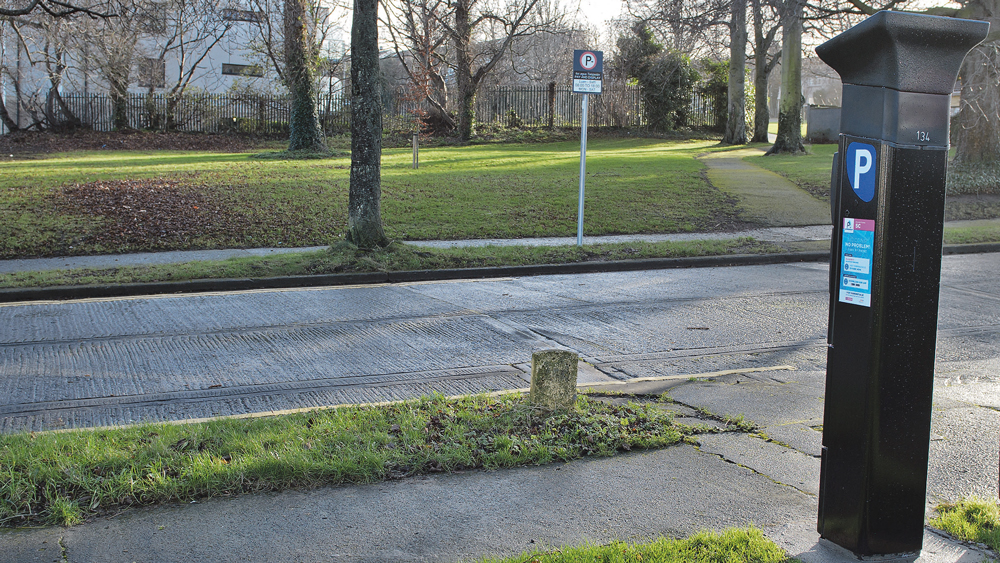 The pay and display parking meter in Monastery

THE introduction of pay and display parking in Monastery Rise in Clondalkin has received mixed reactions from residents, reports Aimee Walsh.

The implementation of the paid parking in the Clondalkin estate comes after South Dublin County Council made changes to the parking bye laws in July last year, which considered a number of locations for pay and display parking.

The new pay and display parking on Monastery Rise is an extension of the metred parking at other locations throughout the Village such as on Main Street, Monastery Shopping Centre and on Tower Road.

Speaking with The Echo, Clondalkin councillor Eoin Ó Broin says that the new pay and display parking will help to deter illegal parking in the area.

“The reason why the resident’s association asked for it was because there is a new nursing home across the road, and they thought visitors to there would be parking in the estates,” Cllr O Broin explained.

“There was also a construction site for an apartment block that was built, and builders used to park indiscriminately in the estate and block driveways, and there will be a second building site soon at the entrance to the estate and you get builders coming down and were quite brave in their attitudes to parking regulations.

“In my view it is a good thing – the residents wanted it for the reasons outlined and it is just an extension of what is already in Clondalkin Village.”

Despite the call for the new metred parking in the estate, some residents have been left unhappy with the location of the erected signage.

“If the sign is in the grass verge in front of your house, it can be a bit cluttered if there is already a utility box or a ESB box in the verge.”

NEWER POSTNature on our doorsteps: Flowering in winter
OLDER POSTUnique study provides strong support for use of vaccine boosters in nursing homes