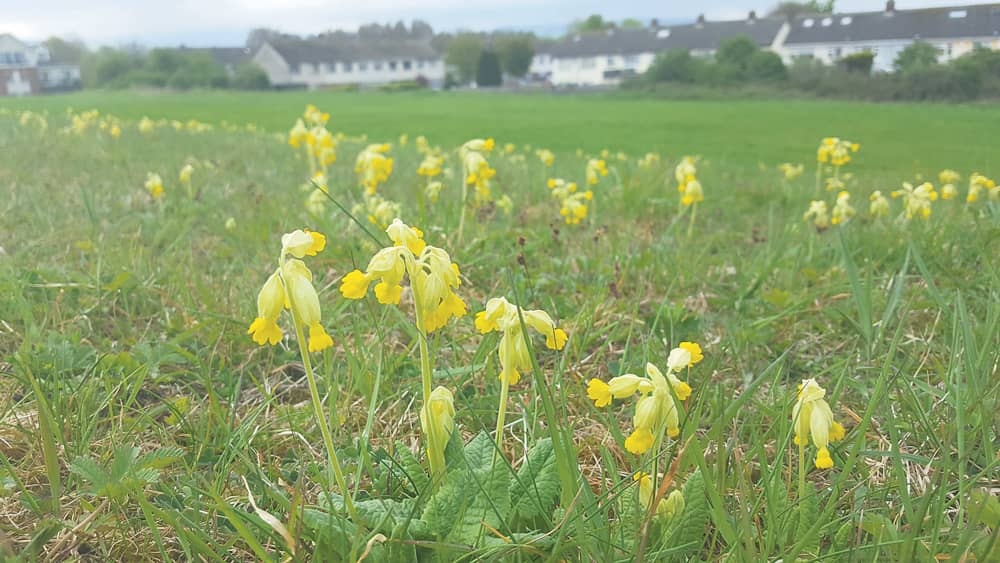 Nature on our doorsteps: Cowslips in May

The Cowslip is traditionally a plant of old cow pastures and flowering meadows. It flowers in late April and early May.

Over the last 50 years, however, these traditional habitats have changed. They have been built upon, or they have been reseeded and fertilised to grow more vigorous grasses that are used to make silage.

These conditions do not suit wildflowers. Today, therefore, we are more likely to see Cowslips along our roadways, in the grassy verges in our housing estates, or in our parks.

Cowslips grow well in soils that contain some lime.

As the geology of most of the northern part of South Dublin County consists of a form of limestone called ‘Calp’, Cowslips can be plentiful in some areas.

In addition, the light sandy soils of the esker landscape in Greenhills, Tymon, and Lucan, also offer great habitats for this plant.

In May Cowslips dominate the esker meadows in Tymon Park

The name Cowslip is thought to originate from the term ‘cow-slop’, reflecting the plant’s traditional habitat amongst the cowpats in the old flower-rich meadows where cows grazed.

Cowslip’s name in Irish is Bainne bó bleachtáin, which generally translates as ‘juice of the milk cow’.

This is most likely a reference to the old folklore tradition of rubbing the flowers on the cow’s udders on May 1, to guard against poor milk production.