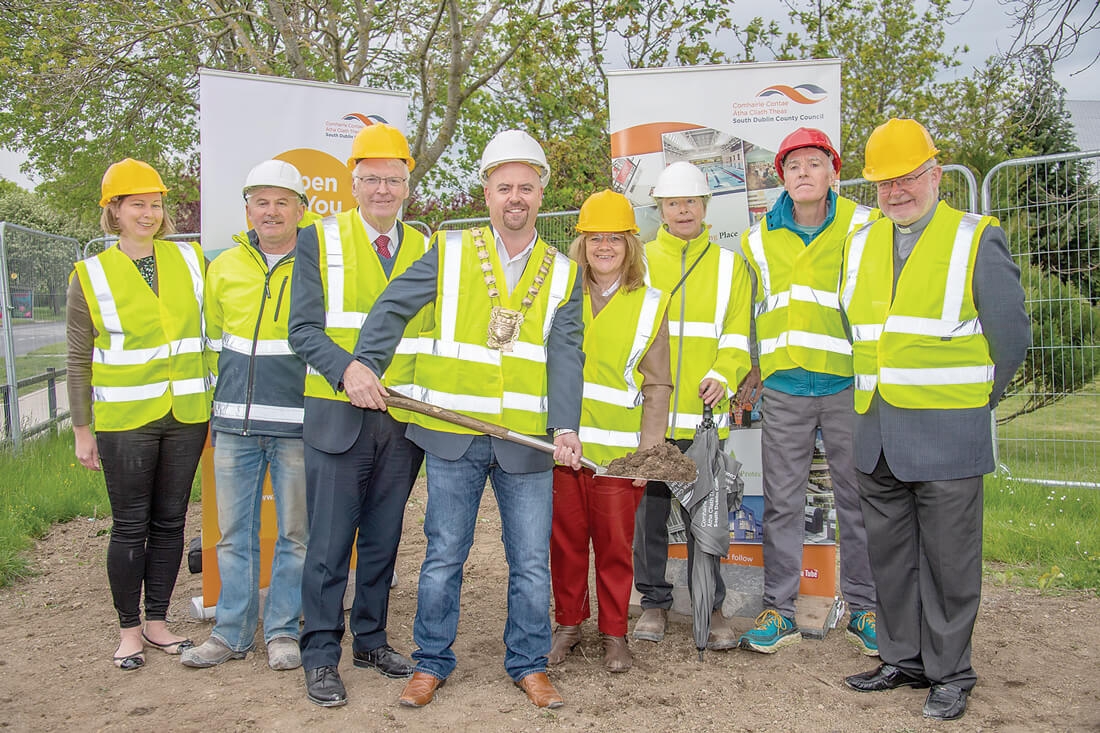 New €2.8m state-of-the-art library due to open within 12 months

THE sod was officially turned on the development of the new Castletymon Library on Castletymon Road, adjacent to the junction with Tymon North Gardens, by Deputy Mayor Cathal King on Friday.

Work on the state-of-the-art €2.8m library development commenced last January, and it’s expected it will take 12 months for the new building to be complete.

The original Castletymon Library, located in Castletymon Shopping Centre, closed in December 2017 when South Dublin County Council decided that they would not seek to renew the lease on the building as they claimed it was “unsuitable for occupation”.

Since then, some of the groups who were using the library are now being facilitated in St Aengus’s Community Centre and a mobile library has been serving the area, and will continue to do so until the new library building is open.