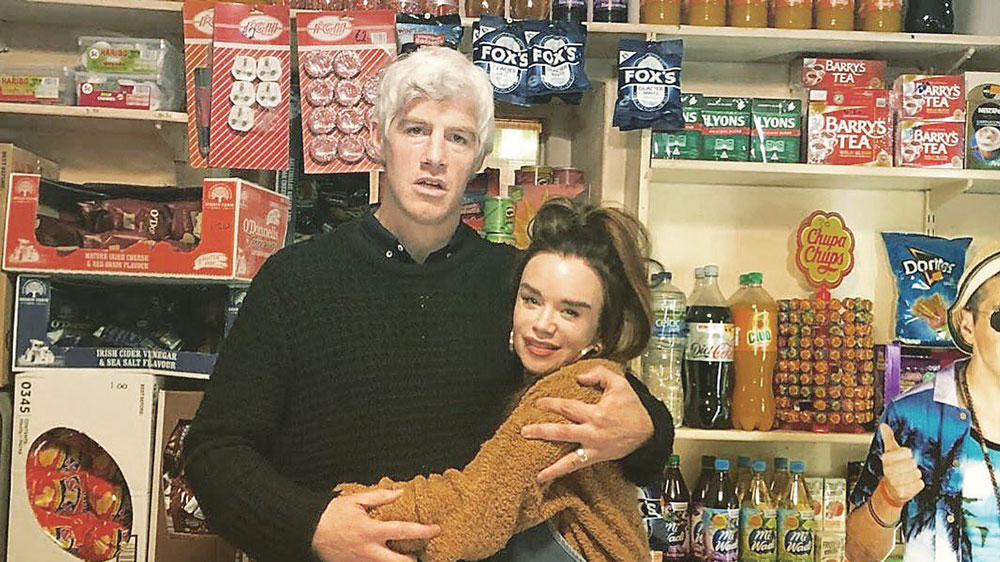 From portraying an undercover detective in RTÉ’s hit crime drama ‘Love/Hate’ to playing the role of White Hair in the Emmy Award-winning ‘Vikings’ series, versatile actor Kieran O’Reilly has a varied and impressive list of credits to his name.

Kieran, 41, grew up in Kingswood and Kilnamanagh in Tallaght and was a door-to-door Echo seller when he was 14, before going on to work as a real-life undercover garda detective and, in his early 30s, securing his first acting role as Detective Ciaran Madden in ‘Love/Hate’.

Since then, Kieran has trained in the Bow Street Academy for Screen Acting and has been cast in numerous roles, alongside a burgeoning music career with his indie band Hail the Ghost.

Kieran told his local paper about what his first experience of acting was like, what he finds most fulfilling about being creative, and his latest role in the new Irish comedy film ‘Poster Boys’.

What is your best memory of growing up in Tallaght?

I think my best memories of growing up in Tallaght are any memories involving Peter Fitzpatrick (who ran for General Election in 2016).

He taught me the meaning of true friendship and it’s a friendship that we still cherish to this day. We grew up together from the age of nine so, understandably, we discovered and encountered a lot of things together for the first time.

We spent a lot of time in his bedroom listening to album after album, and if we weren’t vandalising his house through adolescent experiments, we were walking to The Square to see films at the UCI Cinema or failing at our many attempts to start a band. 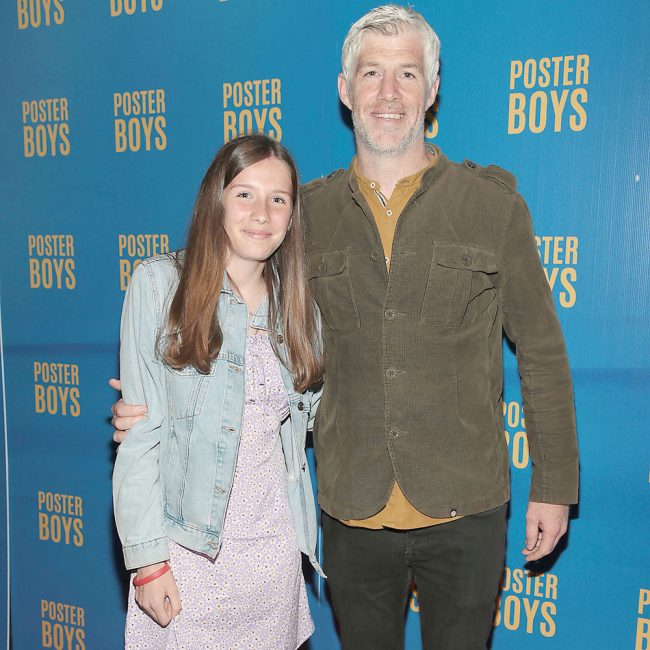 Kieran O’Reilly with his daughter Elle Photo by: John Kenny from Culturehead

What was your first acting role, and how did you feel going into it?

My first acting role was playing Ciaran Madden in ‘Love/Hate’. To be honest, it all happened so fast that I was slightly blindsided by the enormity of the show and how significant the part was itself.

I was a little nervous but I was actually too green to understand how nervous I should have been.

What in particular do you find so engaging about acting?

They say that acting is ‘playing’ and that’s exactly what it is to a degree, but it’s serious ‘playing’ that hinges on a specific craft.

I think it’s really fulfilling to be able to assimilate into another world that – whether fictionalised or not – seems to run parallel to your everyday life. It’s very cool to be able to step across into various other worlds where you interact with different actors.

The appeal, for me, is also the quest to conquer the craft – if that’s even possible.

You’re also a seasoned musician, having performed in White McKenzie and your current band Hail the Ghost. How does singing on stage compare to performing in front of a camera?

I think I would much rather be on a film set any day, at least that’s how I feel until about three or four songs from the end of any live set.

White McKenzie was a little different to Hail the Ghost; it was louder and a bit grungy, so it was easier to perform in ways, and Hail the Ghost is more controlled and more ambient-like, so I think it can feel a little more exposing in ways.

That being said, I think my bandmates Eamonn, Ian, Martin, Paul and Gav have none of these issues!

What misconceptions do you think people have about acting?

That it’s easy. It’s quite similar to the music scene in many ways: both are industries swamped in rejection.

Both are industries with tiny percentages of those who actually ‘make it’. Both are those that it can be difficult to find open doors in, but, if it’s what you want, you’ll find a way.

What do you find most fulfilling about being creative, whether it’s performing, or writing songs or scripts?

For me, it’s everything. I actually need to do them all.

That might sound a bit nuts, but I’m so caught up with everything that I feel that I’m still very much learning who I actually am. I think this question will only be answered when I’ve gained sufficient experience to understand how to listen to myself properly, in addition to refining certain creative pursuits and tastes that are currently occupying my days.

Life is a series of chapters and I couldn’t tell you what’s going to happen next.

You briefly appear in the new film ‘Poster Boys’ playing a character called Dermot Matthews. Can you tell me a bit about the character and your scene in the movie?

It was a role that sounded fun from the beginning. I got a call from the director, Dave Minogue, who asked if I’d be interested in the part.

He sent me the script and explained the character, which is a somewhat suppressed husband in a very fiery marriage, akin to the angry couple in ‘Father Ted’, and I thought it would be something fun and different to do.

Laoisa Sexton plays my wife in the film and we really did have a lot of fun filming in a perfect little shop, somewhere around Tipperary, I think.

Your daughter Elle attended the ‘Poster Boys’ premiere with you. What is it like for you when your children see you on the screen, whether it’s TV or film?

My children will forever be my toughest audience. I am quite direct in how I communicate with them, and it is quite grounding to receive the same in return.

I think I have yet to impress them but, one day, I would love to blow them away – that would mean a lot.

Elle is already very much her own person with her own identity. She is very artistic and is an incredible singer and a really good piano player.

To have her with me the other night was lovely, I was very proud.

What advice would you have for anyone who might want to become an actor?

Learn as much as you can, be inspired, be influenced, dream and don’t stop.