Newlands Farm plans are back on the agenda

DEVELOPER Hibernia REIT has lodged a submission on the South Dublin County Draft Development Plan 2022-2028, seeking the rezoning of their site at Gateway and Newlands Cross for residential uses.

The developer’s contentious plans for the site include the development of approximately 3,500 residential units, a sports hub, the restoration of Katharine Tynan House and a 41-acre ‘green corridor’.

Concerns which were raised by the Kingswood Heights Residents’ Association and some local councillors who objected to the plans included the loss of “a green lung” between Tallaght and Clondalkin and the density of the development.

However, the plans were backed by two local sports clubs, Kingswood FC and St Kevin’s Killian’s GAA Club, as they had reached a “memorandum of understanding” with Hibernia for the use of sports facilities in the development.

The site is currently zoned for agricultural use, and an unsuccessful motion for the rezoning of the land for residential use was tabled at a County Development Plan meeting earlier this year.

This month, the developer lodged a submission for the rezoning of the site during the public consultation period of the Draft County Development Plan for the consideration of South Dublin County Council.

In their submission, Hibernia stated that the average household size (AHS) as set out by the Draft Development Plan – 2.74 persons per household by 2028 – is “too high” and will not address the “pent-up demand” for housing in South Dublin. 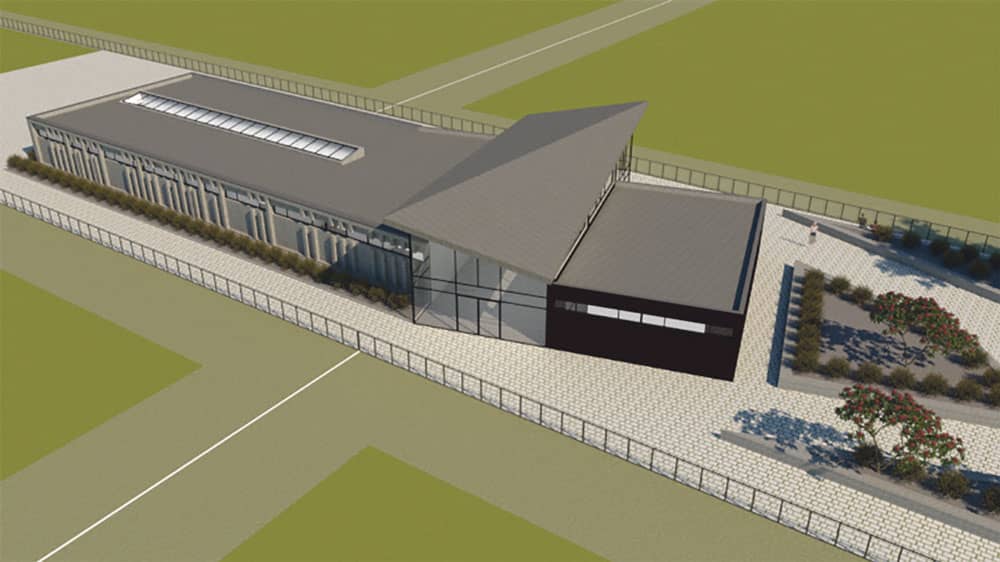 Plans proposed for the sports clubs

Using a revised AHS of 2.5 persons per household “would assist in addressing this demand surplus, but would also require the zoning of an additional 220 hectares (at a minimum) of residential lands to facilitate unit development around the target 11,000 units”, according to the developer.

However, Hibernia stated that the core strategy of the Draft Development Plan seriously “underestimates the amount of land that should be zoned for residential development.”

Outlining their point, Hibernia said that “a certain proportion of the zoned lands that were zoned in previous development plans (legacy lands) are likely to remain undeveloped.”

They added that “the population projections up to 2031 under the Roadmap document are too low” and “underestimate the reality of growth of development” in the region.

The core strategy of the County Development Plan “adopts an average household size that is too high and does not reflect current and projected household formation figures”, according to the submission.

In terms of transport infrastructure, Hibernia stated that the lands are near several high frequency public transport services, meaning commuting needs for people in the proposed development can be facilitated “by sustainable means”.

They added there are “a wide variety of local amenities and services within a short distance of the subject lands which further reduce the need to travel by car”.

Environmental aspects of the proposed development include the proposed integration of sustainable drainage systems to reduce rainfall runoff at the site, “while enhancing the biodiversity of the overall development”.

Hibernia stated that the site is suitable for a residential development as they could “deliver a compact urban form in close proximity to a range of local services and amenities, as well as high-capacity public transport infrastructure alongside a significant portion of public open space and a new east to west greenbelt across the lands.”

The council’s chief executive’s report on the submissions received during the public consultation period on the draft plan is currently being prepared.

This report will be considered by councillors at a council meeting in December, and next March councillors will vote on whether to adopt or amend the draft plan, before it goes back out to public consultation later that month.