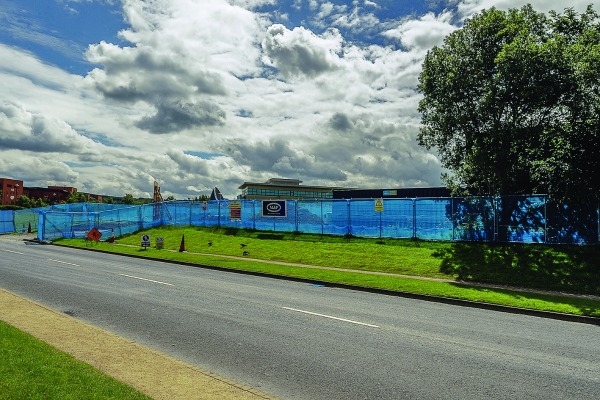 Permission granted to carry out modifications to development

Due to changes in the economic circumstances and the downturn of the construction industry, only one of the three permitted office blocks (3007) was built within the lifetime of that planning permission.

As a result, an application to extend the duration of permission was made in 2014 and subsequently granted later that year – allowing for completion up until 2019.

Permission was granted in 2015 for modifications to units 3009 and 3011 consisting of a reduction in height from four storeys to three storeys and associated works.

This current application sought permission for minor modifications to the permission granted in 2015.

The main changes to units 3009 and 3011, are the proposed omission of balconies from first and second floors.

The omission will result in the area being incorporated into the main internal office floor area and balconies will be replaced by glazing.

The proposal also provides for modifications to main cores of each building, whereby the stairwells have increased slightly in floor area and the entrance lobby extends out slightly further from what was previous permitted.

The plant room at roof level is to be extended and a new stairwell introduced to access same.

The omission of balconies and enlarged plant rooms will go towards achieving acceptable energy ratings and BER rating.
Modifications also include the increase in size and relocation of bin stores, realignment and increase of size of ESB substations and switch rooms, provision of footpath in north-eastern corner of the site, and associated site works.
Permission was granted for the proposal on June 7.