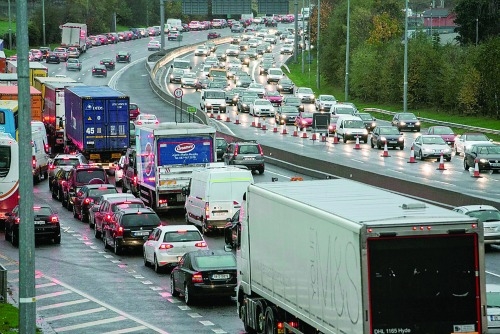 IN THE wake of the tragic accident on the M50 last November, Transport Infrastructure Ireland (TII) officials met with South Dublin County Council's Traffic Department to establish a coordinated approach to managing road accidents and incidents on the busy motorway.

Planned measures include the preparation of a new emergency plan, establishment of an interagency incident coordination group, and permanently-signed diversions in the event of a closure on the M50.

Fine Gael Councillors forwarded a motion to the council this week, calling for the preparation of a new emergency traffic plan for the M50.

The motion was moved by Cllr Lavelle, as Fine Gael group leader on South Dublin County Council , and sought the implementation of pro-active measures as part of a contingency response.

Speaking on the motion, Cllr Lavelle expressed condolences to the families and loved one s of people who died in incidents on the M50.

Cllr Lavelle said: “It is accepted that every serious incident on the M50 will continue to require a sensitive response, in particular where emergency medical treatment is needed or the incident scene requires forensic examination.

“However, we must try to mitigate the current situation where a single incident on the M50 can lead to region-wide gridlock.”

In response to the motion, council managers stated: “TII have commenced the preparation of an emergency plan for the M50. SDCC Traffic Department have recently been contacted by TII regarding the establishment of an Interagency Incident Coordination Group to manage road traffic incidents and accidents on the M50 network

“The purpose of this group is to ensure a coordinated approach to the management of major incidents that occur on the M50 by the various agencies involved. A representative from SDCC Traffic Section will participate in this group.

“TII are also in the process of finalising arrangements for permanently signed diversions in the event of a closure of the M50, and it is expected this group will hold a desktop exercise in January.”