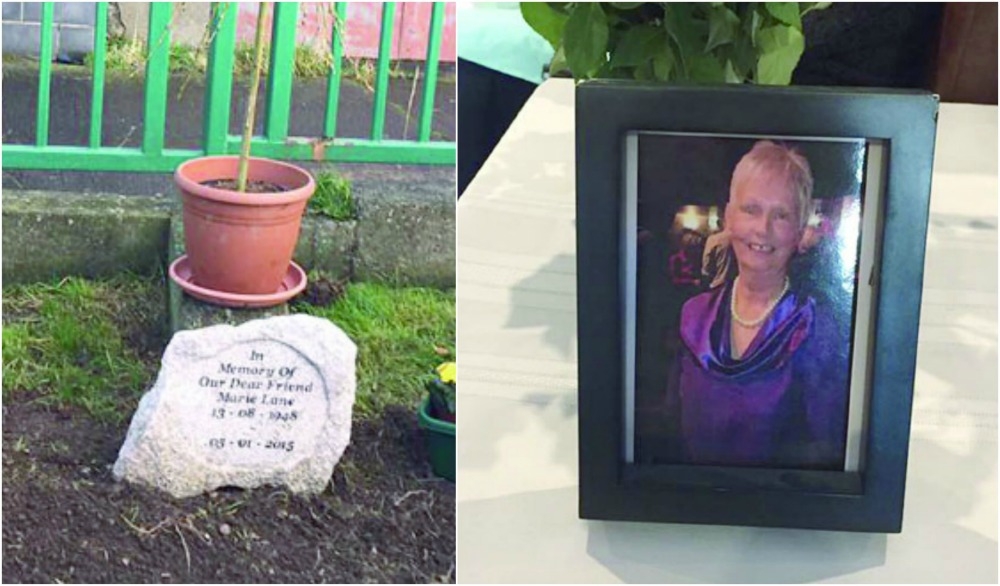 Plaque is a fitting tribute to hairdresser Maria

TALLAGHT Cancer Support Group were invited to pay tribute last week to a leading light of the group who passed away in 2015, when they erected a plaque in her honour at an event organised by Greenhills Community Centre.

Maria Lane, who passed away in January 2015, had her own hairdressing business which was located in Greenhills Community Centre, and she also looked after the gardens in the centre.

Francis McNulty from Tallaght Cancer Support Group said the plaquewas a “fitting tribute” to Maria, and when speaking to The Echo she said: “Nobody brings tears to my eyes, but she does.”

“She only ever saw the good in anybody.

“She came to us for support when she got breast cancer, but she ended up supporting us.”

The group also framed a set of hairdresser’s scissors alongside the lyrics to The Beatles’ ‘Penny Lane’, in tribute to Maria’s work as a hairdresser.

Maria also sang in the choir in Whitefriar Church,and according to Ms McNulty had commented that the support group should set up a choir as she found singing therapeutic.

The group set up a choir in Maria’s name in 2015, and Ms McNulty said the choir sang ‘Somewhere Over the Rainbow’ during the plaque unveiling “because we thought, ‘she’s sitting on that rainbow, watching us.”

The Maria Lane Choir currently has 33 members, and anyone is welcome to join.

They meet every Wednesday morning in Rua Red at 11am.