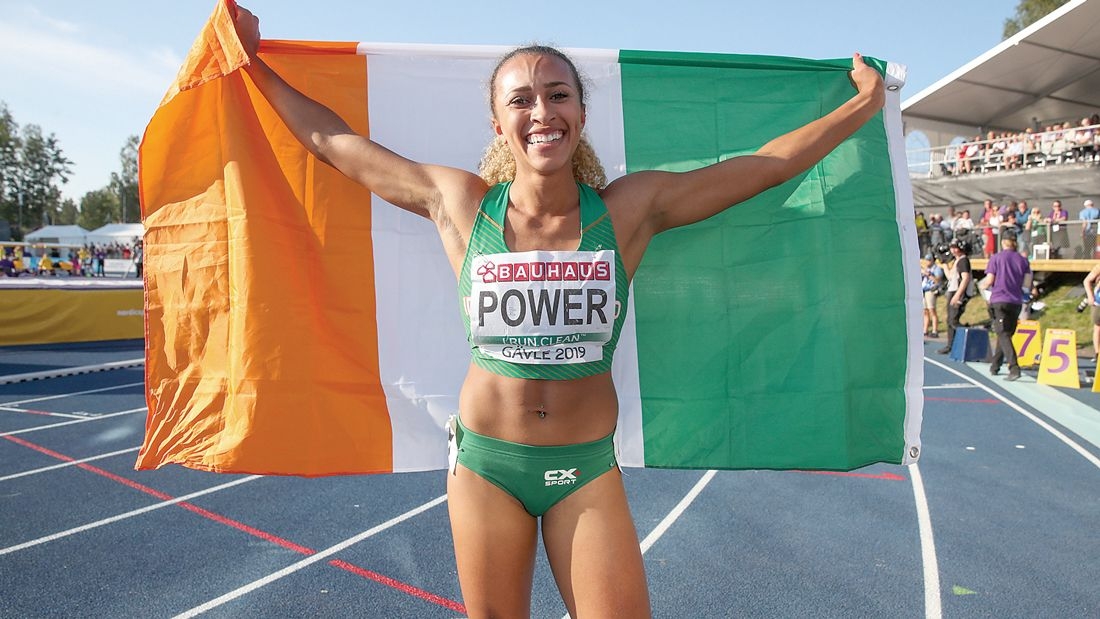 Power’s Tokyo dreams boosted by postponement of the Games

WHEN one door closes, another one opens for some athletes and that appears to be the case for Templeogue’s Nadia Power.

While her hopes of contesting the European 800m Championships in Paris this coming August were dashed following last week’s cancellation of the competition, the 22-year-old is looking to make the most of the opportunity for Olympic qualification that has been afforded her by the postponement of the Tokyo Games until 2021.

With the Olympics put back a year, Templeogue’s Nadia Power has more time to improve her world ranking and qualify

The prospect of making the cut for the Summer Games this year was not so promising for Power despite a great season in 2019 that saw her win bronze in the Women’s 800m at European Under 23 Championships in Sweden.

Yet, now with a further 12 months to improve her World ranking, she could well be knocking on the door of qualification by this time next year- a feat she is going all out to achieve.

“I’m going to split my final year in DCU over two years so that I can train towards this” Power told The Echo.

“It was something I had been thinking about anyway beforehand, but when the Olympics were postponed it just really confirmed it for me.

“It was a no-brainer. It would be silly for me not to aim for this” she insisted.

Now it is all about delivering times in the right competitions in order to improve her seeding whenever she gets the chance to return to racing.

“The qualifying time [for the Olympics] is very fast, even faster than the Irish record so there’ll probably be only about 20 athletes who’ll get that, the rest will be through world ranking” explained Power.

“That’s the top 48 and currently, given the three-per-country allocation. I’m around 70, so I’m not that far off, especially when you consider that a few of the girls ahead of me [in the rankings] have not run faster than me. It’s just that I haven’t run fast in the right races.

“For example, the European Under 23s last year you would expect to really boost your ranking, but that was a slow tactical race and I wasn’t think of world ranking at the time. So that race is not even in my top five races now” she explained.

Power, the newly crowned National Senior Indoor 800m champion, was pleased enough with her start to the year before the Covid-19 threat brought everything to a dramatic stop.

Indeed she was hitting the ground running after having helped the Ireland Mixed Relay team to seventh place at the SPAR European Cross Country Championships in December.

“I was going ok. I had won the National Senior Indoors so it [2020] was going well, just not as well as I would have liked” she said.

“I didn’t get many racing opportunities indoors so I didn’t get the times to help me get the points, but it was still a good indoors and definitely better than my 2019 one.”

The Templeogue athlete had been targeting the European Senior Champ-ionships in Paris this August, but that event was cancelled last week as a result of the pandemic.

Power had secured the qualification time for the Euros back in August when she clocked a time of 2.02:39 in Belgium.