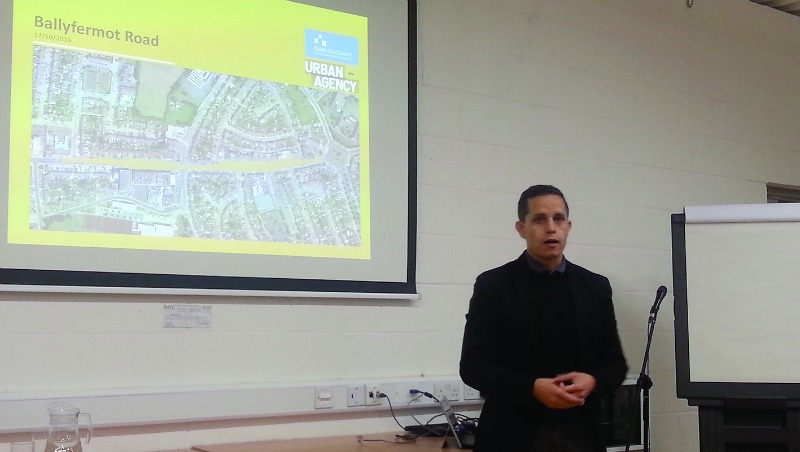 Radical Ballyfermot road alterations may be the way forward

THE visual appearance of Ballyfermot Road could be in line for some dramatic changes in the near future, with plans for a radical road traffic management plan underway.

Global architectural firm Urban Agency has been chosen by the council to lead the design, and they delivered a stirring public consultation with residents to discuss the proposals, according to Sinn Féin Councillor Daithí Doolan.

Cllr Doolan said: “This was a very important meeting for the future of Ballyfermot Road and the wider community. Ballyfermot Road is the main artery through Ballyfermot, but it is often inaccessible because of traffic congestion.

“Residents outlined current problems, include parking and traffic. We also focused on solutions and ideas on how we can improve the area around Ballyfermot Road. A walk-about in Ballyfermot with residents, planners and council officials will be organised as part of the consultation process. Urban Agency will be back in four weeks at the library with an outline of plans.”

Cllr Doolan says the idea is to make the area more attractive to both businesses and customers, and mitigate against the lure and proposed expansion at Liffey Valley.

Meanwhile, Independent councillor Vincent Jackson has called for additional speed ramps to be installed on Gurteen Avenue to prevent a fatal accident.

“Due to the large number of motorist movements, with local schools and the regeneration of the area, a serious accident is waiting to happen with speeding vehicles,” warned Cllr Jackson.

Cllr Jackson’s request has been referred to the DCC Traffic Advisory Group for examination and report.