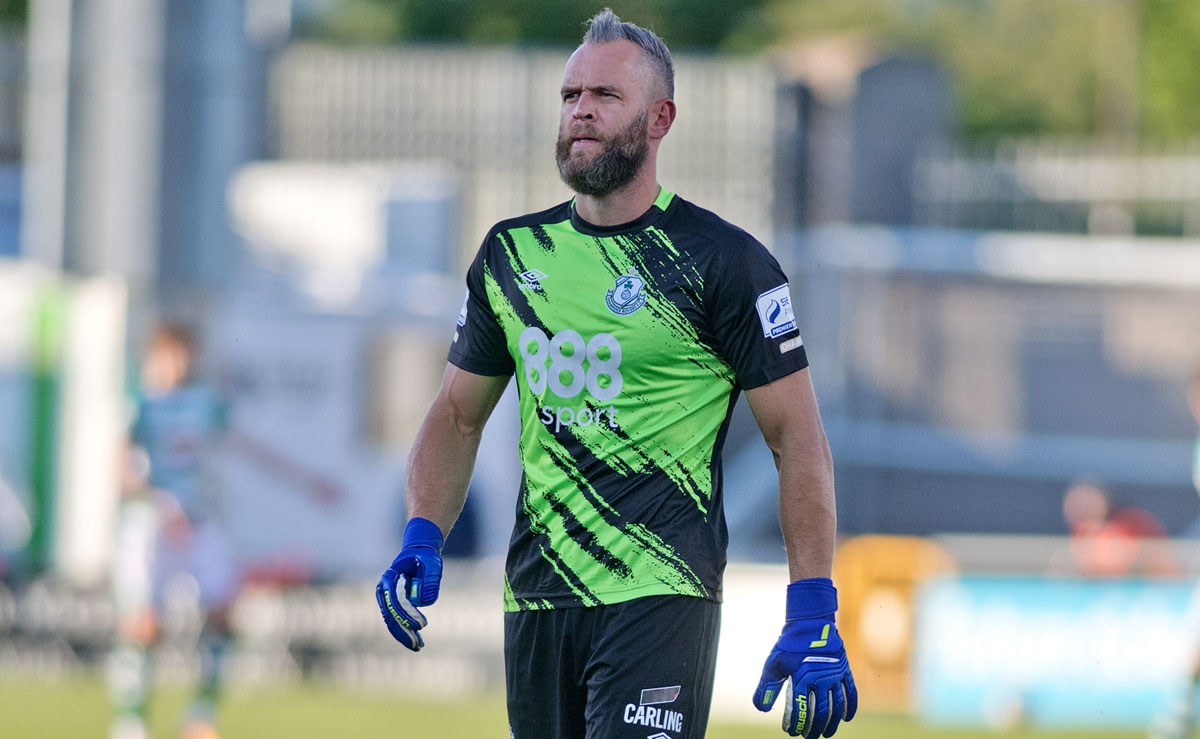 Rovers left with mountain to climb in CL qualifier

SHAMROCK Rovers suffered a 2-0 defeat at the hands of ŠK Slovan Bratislava in the away leg of their UEFA Champions League first qualifying round match.

The Hoops fielded an unchanged starting eleven from their 3-1 win against Dundalk with Rory Gaffney captaining the side, while Graham Burke returned to the substitution bench.

Alan Mannus pulled off a great penalty save late on

Rafael Ratão scored his first goal for the Slovakian side in the 28th minute and he struck again just after half time to leave the Tallaght side with a mountain to scale.

Danny Mandroiu came on for Sean Gannon in the 68th minute while Graham Burke replaced Richie Towell and Dylan Watts was also sprung from the bench.

Rovers failed to make any in-roads into the deficit and matters looked like they might well grow worse when Ronan Finn picked up a yellow card in his own box, resulting in a penalty for the home side.

Vladimir Weiss stepped up to the spot for Bratislava, but Hoops keeper Alan Mannus made a tremendous double save to salvage some hope for the SSE Airtricity League champions.

The home leg for the Hoops will take place in Tallaght Stadium on Tuesday, July 13 at 8pm.