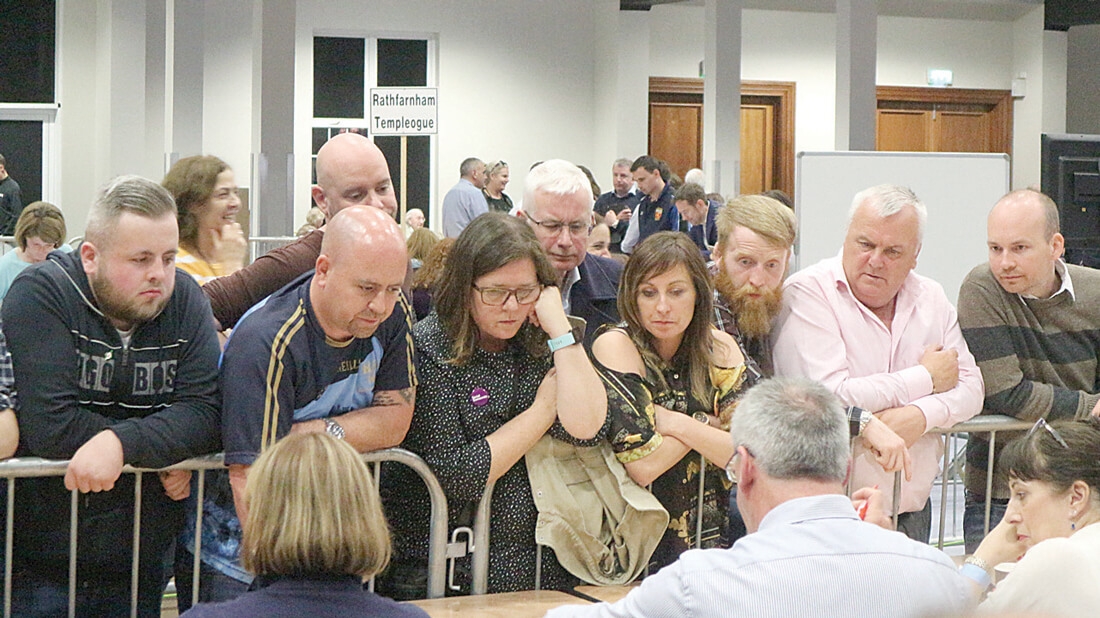 THE state of play in Tallaght as we look forward to another five years in local politics sees Sinn Féin remaining the largest party with four seats followed by Fianna Fáil (2), Solidarity (2), Green (1), Independent (1) and Fine Gael (1).

Smashing the quota of 1,685 with 2,018 first preference votes, Cllr O’Connor was declared elected on the first count.

The second seat in Tallaght Central went to former Labour party councillor Mick Duff who, after resigning from the party last year, ran as an Independent – with Sinn Féin’s Cathal King elected third in this six-seat ward.

While nationally, and across South Dublin County, Sinn Féin lost a number of seats, here in Tallaght the party held onto four of its five seats.

While the wins did not come with the same ease as in 2014 – a shift which members on the ground attributed in part to a low voter turnout – Sinn Féin held onto two seats in Tallaght South (Cllr Richardson and Cllr Dunne), and won a third with Paddy Holohan.

It was a long wait however, for Sinn Féin councillors Dermot Richardson and Louise Dunne, who weren’t re-elected to Tallaght South until late Sunday evening.

Social Democrats’ candidate Marie Corr was hot on Cllr Dunne’s heels for the fifth seat in Tallaght South, but lost out to Cllr Dunne with 43 votes in it at the end.

In Tallaght Central, Cllr Cathal King was re-elected on the third count.

However, Cllr King’s running mate Cora McCann was unable to retain her seat in Tallaght Central, dashing the party’s hopes of securing five seats across the wards of Tallaght Central and Tallaght South.

There were gains for Fianna Fáil in Tallaght Central, with the party securing a second seat with Teresa Costello.

Sandra Fay however, topped the poll for Solidarity in Tallaght South after being the first candidate to reach the quota, while in Tallaght Central councillor Kieran Mahon retained his seat.

Following Friday’s vote, People Before Profit have no seats in Tallaght, after sitting councillor Emma Hendrick was not re-elected to Tallaght South, with first-timer Laura O’Reilly, who ran in Tallaght Central, bowing out in the third count.

Going into the election, Fine Gael held no seats in Tallaght however, Baby Pereppadan secured a sought-after seat for the party in Tallaght South –  after landing 733 first preference votes.

Locally, the Labour Party didn’t manage to undo the damage caused by the collapse of its vote in the last election – with no sitting Labour councillor across the two Tallaght wards.

The ‘green wave’ also ebbed its way into Tallaght, with the party securing one seat in Tallaght Central with Liam Sinclair.