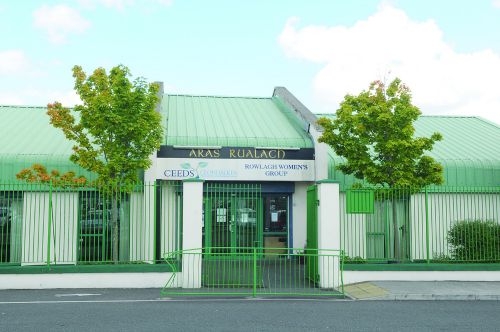 FUNDING for a youth training programme in North Clondalkin was pulled at the last moment, leaving 16 early school-leavers without a place on the scheme.

The group running the course, Clondalkin Employment and Education Development Services (Ceeds), want answers from the Dublin and Dun Laoghaire Education and Training Board (ETB), after a decision was made to scrap funding for the local training initiative on September 2.

Students were due to start the course in Áras Rualach on Neilstown Road on September 7, but Ceeds were informed by the ETB that there was “low demand for places on the programme.”

This is disputed by Ceeds, who are “concerned things don’t add up” and “do not accept” their LTI programme “is not viable.”

Whilst students can apply for access to a course in Tallaght, Sinn Féin councillor Eoin Ó Broin says this “misses the point” as the course is targeted towards “hard-to-reach” young people.

Cllr Ó Broin said: “The LTI has been run for the last 18 years and has long track record of providing an invaluable service to the community.

“The decision to cut this service makes no sense. North Clondalkin has high levels of unemployment, youth unemployment and social disadvantage. We need more services to get people back to work, not less.”

He continued: “The funding cut will also result in the loss of two full-time jobs. Given that this six-month course costs only €50,000 to run and is run twice a year, clearly the savings being made by the ETB are minimal.”

Ó Broin has written to the Minister for Education and to the ETB urging them to reverse the cuts and enter into discussions with Ceeds management.

A Ceeds statement said they would like to see “actual figures from other LTI programmes that are deemed viable.”

The ETB did not reply to The Echo at the time of going to print.