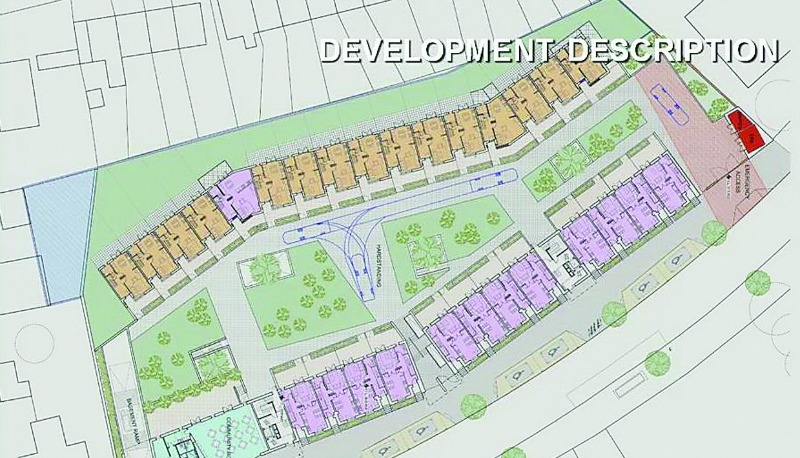 Sixty new homes at Cornamona site to be completed by 2020

A PROJECT to build over 60 new homes at the former senior citizen housing site in Cornamona Court, Ballyfermot, is expected to be completed by June 2020.

Paul Keogh Architects, who are responsible for the design of the project, gave a presentation to councillors at the Dublin South Central area meeting on Wednesday at Dublin City Council.

Brian Swan, Deputy Architect at Dublin City Council told members at the meeting that a key element of the proposal was that the project will be a mixed residential unit – catering for both elderly people and families on the housing list.

This marks a change from initial proposals to house exclusively elderly people at a new housing project onsite – a move which is required to address the current housing crisis.

The former Cornamona site was demolished in 2006.

Paul Keogh Architects was appointed for a new project of 97 senior citizen units, but this was scuppered due to the economic downturn in 2007, according to Mr Swan.

He said the current status of the project is the initiation of a Part 8 process, going to tender next year, work to start next summer, and completion of the project in 2020.

Half of the units are specifically for elderly residents, and will be located on the second floor, and fully accessible with lifts.

The ground floor is reserved for families on the housing list.

Councillors welcomed a “long overdue” project, which they hope will “alleviate pressure on housing waiting lists.”

Independents4change Councillor Paul Hand said the recently opened senior citizens complex nearby at Annamore Court, would provide a “cluster of old folks” which was positive for that area.