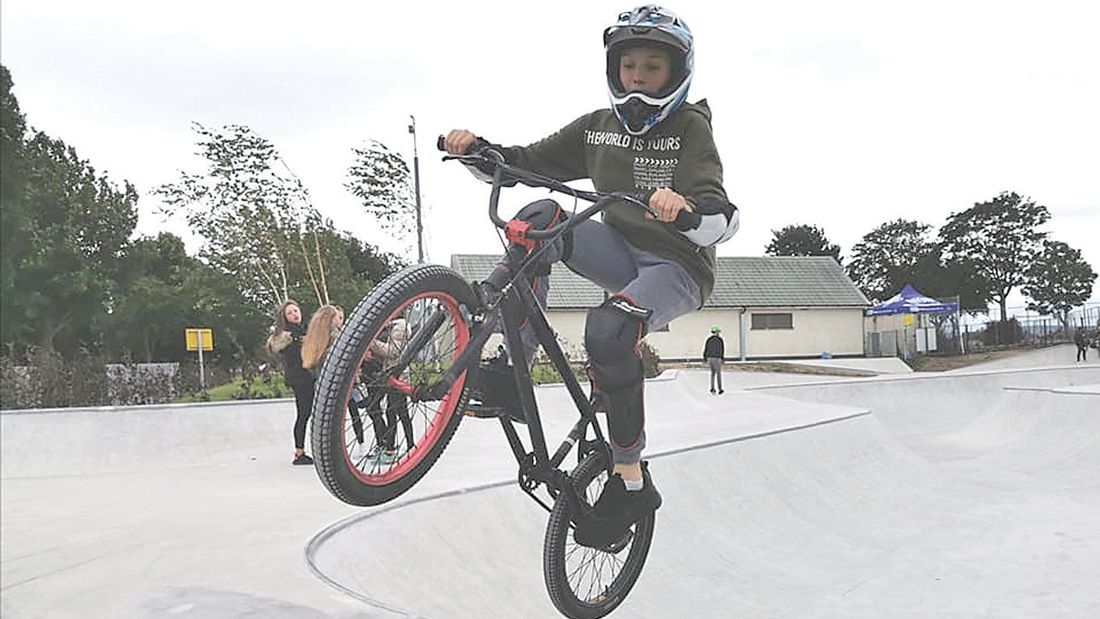 THE recent opening of a brand new €1.6m skate park and playground seemed to take some people by surprise in Ballyfermot.

Project workers close to the project were under the impression it was opening at a later date than it did approximately two weeks ago.

For the most part, the amenity enjoys terrific use everyday by kids. Ballyfermot Youth Services are heavily involved at the facility with their BMX Club, and they are willing to provide training to other youths in the area.

However, there have been a few teething problems and sporadic incidents of anti-social activity.

The need for security at the skate park was flagged as a necessary component by local representatives during the design and construction phase of the project.

On Friday night, a local joyrider got into the skate park – also causing damage to nearby football pitches.

In a public statement, Ballyfermot United said the new skate park and playground is a “great asset” to the community but “needs appropriate safety measures to ensure stuff like this doesn’t happen again.”

Local Cllr Daithí Doolan (SF) has since called on the city council to install fencing at the site.

“It has been absolutely fantastic but obviously a small percentage of less than co-operative nocturnal people have been causing issues,” acknowledged Ger O’Reilly, BYS Adventure Centre.

Action on the skate park

O’Reilly and young people in the area first proposed the idea of a new Ballyfermot site for a BMX club nearly a decade ago.

“We had a fantastic BMX club in the area. I got in touch with the city council, myself and two young people made a presentation, and before you know it, there is a design competition, architect plans, it has been a rollercoaster ride the last eight years,” he said.

The plan involves the refurbishment of the old scout hall beside the skate park for admin purposes. This is due to go out to tender and be finished by October.

O’Reilly continued: “The whole idea is engaging young people. If young people express an interest, we can give them a bike, helmets, pads and workers can go out with them.

“We would have liked it to be part of the leisure centre but the powers-that-be decided it can be a standalone. These open parks can work with community engagement. That is key, along with policing policy and creating responsibility.”

O’Reilly has written a letter to five other youth groups, asking them get involved in the skate park.

“There is a need for other services to get involved. It is unsupervised, open at night. That should be a factor in re-structuring Summer activities. The skate park ticks all boxes and is in a prime location.”

A Garda spokesperson told The Echo: “AGS have advised Dublin City Council regarding a number of concerns with the current security of the park. The city council have undertaken to resolve all issues.

“A stolen vehicle managed to drive on the new footpath beside the skate park, unimpeded, and gain access to the football pitches on Friday night.”

The Echo asked Dublin City Council if they had any plans to install fencing at the skate park.

In response, a council spokesperson said: “The skate park at Le Fanu Park in Ballyfermot has been welcomed by the Ballyfermot Youth Services Adventure Centre and local children who are using the skate park and the playground with great excitement.

“Issues of anti-social activity in the evenings which have been raised by local residents are being addressed by an inter-agency approach involving Dublin City Council, elected representatives, the gardai and youth services. CCTV is also in place.”