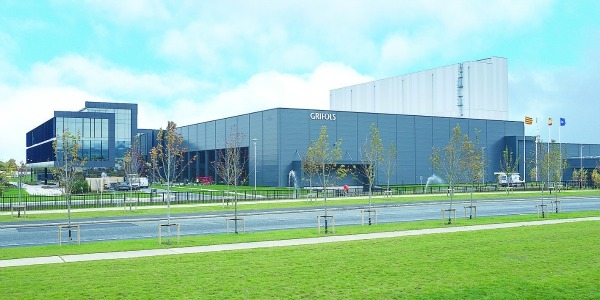 The investment by the Spanish healthcare company increases the number of multi-national pharmaceutical giants operating in Clondalkin – Pfizer and Alexicon Pharmaceuticals are already established in Dublin 22.

Visitors enjoyed a guided tour of the impressive facility, which includes a new warehouse, distribution, packaging and logistics building, along with a link annex and a three-storey administration office block for Grifols Worldwide Operation Ltd.

Construction started on the Grifols building in January 2014. South Dublin County Council approved permission for Grifols to purchase the 11-hectare site at Grange Castle for over €6 million – subject to a 999-year lease.

The company was founded after the Spanish Civil War by Dr Jose Grifol who patented the process of ‘freeze-drying’ human blood plasma. In the early 1950s, Grifol developed the process of extracting plasma while re-injecting red blood cells back into the donor – a technique that was embraced globally.