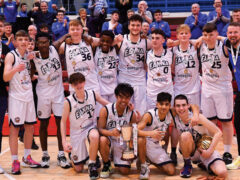 Éanna Men’s Under 18 Basketball Team
Having landed the Men’s Under 18 Billy Coffey National Basketball Cup in March, Éanna has secured its place in the line-up of contenders for The Echo Team of the Year accolade. A strong defensive performance was key to Ciaran O’Sullivan side’s superb 68-48 triumph over Phoenix in the decider at Neptune Basketball Club in Cork in March. 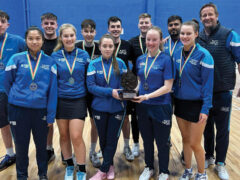 TU Dublin Badminton Team
TU DUBLIN Badminton team have scooped The Echo Team of the Month Award for April after securing their very first Intervarsities title following a superb campaign that culminated in a 5-0 victory over NUIG in the final in Galway that month. 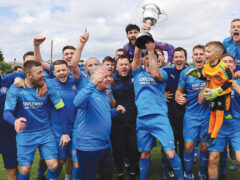 Crumlin United Intermediate Team
Crumlin United were declared The Echo Team of the Month for May after securing the Leinster Senior League title for the seventh time in the club’s history following a final-day 5-1 triumph over old rivals, Bluebell United. The three points secured at Capco Park pushed Crumlin two clear of St Mochta’s at the top of the table and, ultimately, over the line in the race for the Senior Division crown. 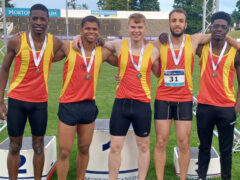 Tallaght Athletic Club's 4 x 100m Relay Team
Tallaght Athletic Club accounted for a number of highlights at last month’s Irish Life Health National Senior Track and Field Championships in Santry among which the achievements of their Men’s 4x100m Relay team was one. Indeed Sean Aigboboh, Kieran Elliott, Simon Essuman and Joseph Finnegan Murphy combined to see off the challenge of Crusaders and Emerald AC on their way to the title in a time of 42.22. 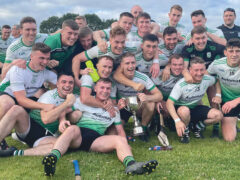 Lucan Sarsfield AHL One Team
It has already proven a historic season for Lucan Sarsfields Adult Hurling League Division One team as they were crowned league champions for the first time following a 1-34 to 2-17 final triumph over Ballyboden St Enda’s. And this year, their Firhouse Road counterparts had enjoyed an unbeaten march in the closing stages of AHL One with 10 wins and one draw, but the men from the 12th Lock were not to be denied on this occasion. 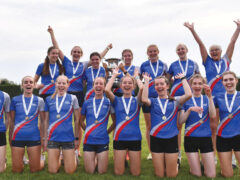 DSD Women’s National League Team
Striking gold at this season’s Women’s National Track and Field League Premier Division Final in Tullamore, DSD AC have been declared The Echo Team of the Month for August. Among the highlights for the squad was Maria McCambridge’s victory in the 3000m along with other wins for Mollie O’Reilly in the 100m, Molly Hourihan in the 400m Hurdles, Anita White in the Javelin, Emma Roche in the Discus and Molly Mullally in the Triple Jump.