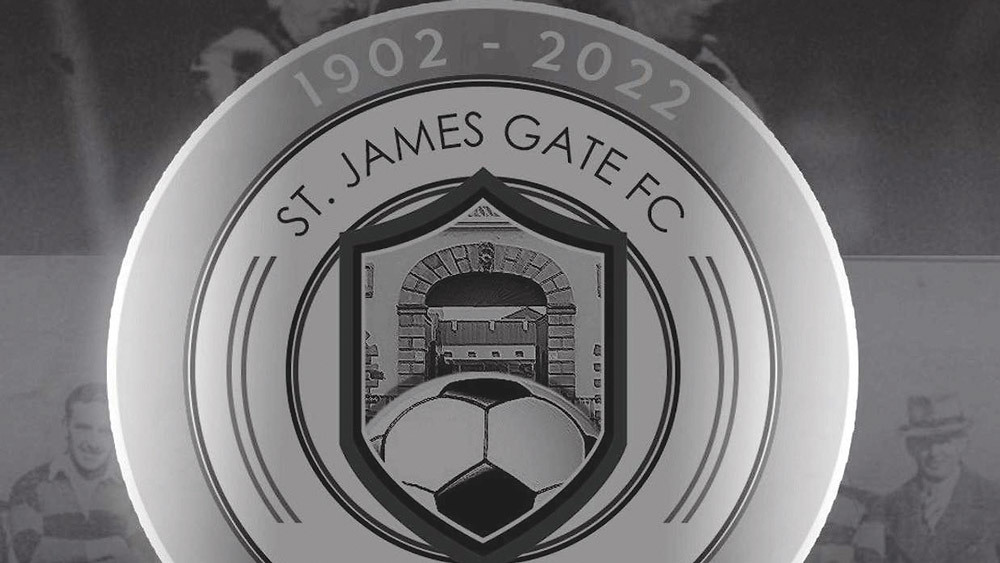 ST JAMES’ GATE FC vice-chairman and secretary, Alan Sexton said financial struggles were one of a number of factors behind the decision to fold the club after 120 years of rich history.

Located at the Iveagh Grounds on the Crumlin Road – having previously based themselves out of nearby Inchicore and Dolphin’s Barn – James Gate revealed on Tuesday that the club was no longer in a position to continue as a viable entity.

“We’ve been working our way to this point unfortunately” said Sexton. “We’ve been battling against financial issues. Lack of playing staff, being competitive. Lack of committee members. Lack of volunteers behind the scenes also. The fact that we’re in the catchment area of Dublin 12, which is rich in the amount of clubs it has at a high level,” he explained.

“It’s very hard and very difficult to compete with those clubs in terms of bringing in personnel. That’s kind of how we came to the decision. It’s just an accumulation of things that kind of left us in a position where we don’t feel we can continue on.”

The club was originally established way back in 1902 for the workers of St James’ Gate Brewery – the home of Guinness. However, Diageo’s sale of the Iveagh Grounds to Trinity College in 2017 saw them losing one of their main sponsors and (by extension) their principle source of income.

Attempts to negotiate a sponsorship/partnership arrangement with Diageo fell on deaf ears and, despite efforts to utilise their status as one of three remaining League of Ireland founder members (Shelbourne and Bohemians being the others), it could not prevent the drastic action of the past few days.

“That is one thing that we tried to use in the last couple of years, to try and attract more sponsors, players and everything else” said Sexton.

“It was something that we tried to shout about as much as we possibly could, but unfortunately it wasn’t to be” he sighed.