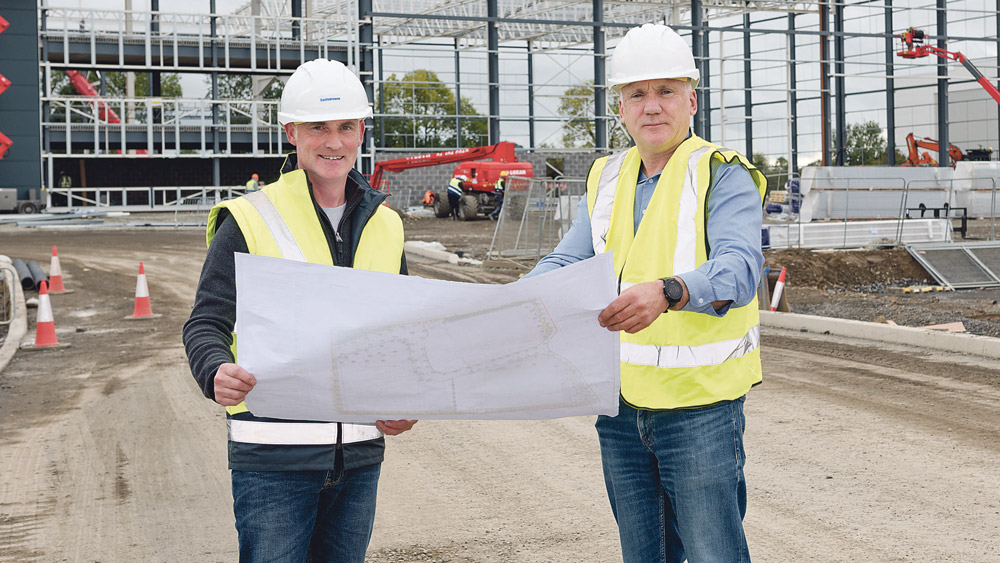 SUPPORT to rezone land for Enterprise and Employment (EE) space, has been hailed as a potential life saver for thousands of local jobs.

An amended Motion supporting the Greenogue rezoning by Cllr Kenneth Egan (FG) passed the vote by 21 to 10, at a County Development Plan meeting in South Dublin County Council.

There is a chronic shortage of EE zoned land in the county outside of Grange Castle.

Con McCarthy, MD of Greenogue and Aerodrome Business Parks, which represents some 450 businesses and 7,000 employees, has previously warned of the “crisis” in relation to the availability of EE land.

He says there will be no space left for traditional industrial businesses in the county by the end of the current development plan, unless land is rezoned.

Cllr Egan believes this latest step is vital for the local economy.

“People who voted against it are voting against 2,500 jobs. I went up and looked at the land in question.

“All the infrastructure is already there. It is not near any housing,” said Cllr Egan.

“The work done by Greenogue is very detailed. I was surprised the council asked the Office of Planning about flood risks, considering the detailed work Greenogue have done on this.

“There is potential for an extra €20m in levies here. We need to invest more.”

Con McCarthy welcomed the decision by the elected members to support the inclusion of the land in the plan for EE use.

“We are grateful for all the effort put in by Cllr Egan and others, to make sure everybody had as much information as they needed to make a judgement on this.

“We are already progressing discussions with a couple of operators that could use up to half of the newly zoned land and create about 1,000 jobs in the process.

“We will be going straight into preparing planning applications once the plan comes into force in a few weeks’ time.

“At the same time, we are looking to see how we can be instrumental in improving the Alymer Road between Peamount United Football Club and Polly Hops.

“If this could be done it would take some traffic away from Rathcoole bridge which would be a big help.”

Mr McCarthy was however “disappointed” that the council manager omitted “the most important reason” in a subsequent letter to the Office of the Planning.

“In this communication he has provided reasons to the regulator as to why councillors supported the motion but he omitted the main reason and the most important reason, which is there is virtually no available EE zoned land in the county outside of Grange Castle and as a result there is no place in the county for traditional occupiers,” said Mr McCarthy.

“This is the first and foremost reason why councillors wanted to zone the land. They recognise that a huge number of people from South County Dublin work in traditional industry and they wanted to make sure that there will be job opportunities in the county for these people into the future.”

Cllr Egan said business in the county is already being lost to areas like Fingal.

“My brother bought a house in Blessington to be near his work in Greenogue. His job wanted to expand but did not have the space to do so, and they had to relocate to Glasnevin.

“What about all the working class men and women who want to work in apprenticeships? The government supports apprenticeships. How are we supposed to do this is we cut the supply in the region?

“The vote has gone through. I’ve done my job but it goes further up the line now for approval.”

Mr Mccarthy said they have plans to increase jobs in the hub up to “10,000 over the next few years”.

“Cllr Egan, with the support of 20 of his council colleagues from right across the political spectrum, have now made that a possibility and everybody here is very grateful.”