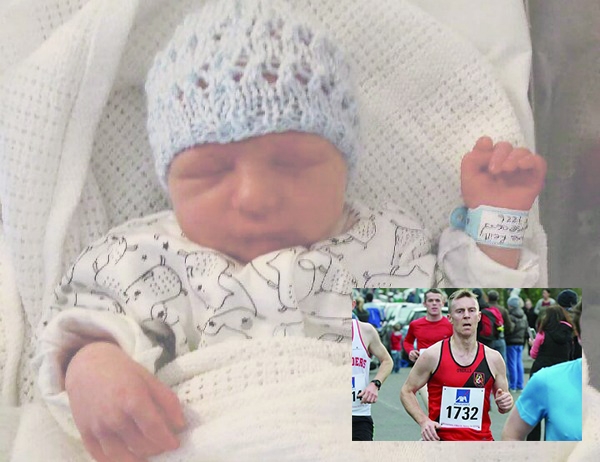 A TALLAGHT firefighter and Lucan Harriers Athletics member was running a very different type of race on Tuesday when he received a 999 call to respond to the “imminent birth” of a baby boy in a house in Kilnamanagh.

Brian Lamon, who is originally from Tallaght but now living in Lucan, was working Tallaght Fire Station’s ambulance with his colleague Jimmy Brennan when the 999 call came in just before 6am.

Brian, who is a member of running club Lucan Harriers, told The Echo: “We got the emergency call around 5.55am and it read “imminent birth”, so we knew the baby was on the way.

“The call came from a house in Kilnamanagh and when we arrived the baby was literally being born.

“We have a special kit for delivering babies and we just gave the baby a little rub, helped him with his breathing, cut the umbilical chord and wrapped him in a blanket and gave him to mammy. We brought both to hospital then.”

He added: “I’ve delivered a few babies in my time, but each time is always as exciting and uplifting as the last.

“Something like this gets you through the rest of the night, we deal with so much grief and sorrow that helping to bring a baby into the world, something good, really lifts everyone’s spirits.

“This mam and baby did brilliantly, they did all the hard work, and we were really just there to put mam at ease.”

The new baby boy, who has two older brothers and is currently being called Baby Kilbride until parents Laura and Brian decide on a name, is doing great in hospital – where he is blissfully unaware that the story surrounding his birth went viral on Tuesday.